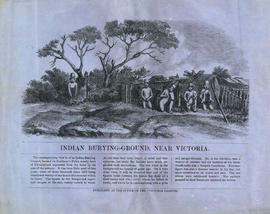 The fonds consists predominantly of records relating the publication of “Meet Mr. Coyote”, “Folklore of the Far West”, “The Native Tribes of British Columbia”, and “A Corner Stone of Canadian Culture”. In addition to these records there are correspondence and notes that tangentially relate to these publications and the creator’s interest in the artwork of B.C. indigenous populations. This includes works of art produced by both the Society for the Furtherance of B.C. Indian Arts and Crafts as well as William A. Newcombe.

The fonds includes drafts, additional legends and artwork that were not published as part of above listed works, correspondence, and records relating to the British Columbia Indian Arts and Welfare Society. Of note, the fonds also contains the doctoral certificate awarded to the creator in 1948 by the University of British Columbia and two examples of embroidery by the creator. These latter two are part of accession 199306-036 and have been assigned reference numbers PDP00679 and PDP00680.

Of those records relating to the writing of “Folklore of the Far West” some had already been re-housed and organized according to their geographic region of origin upon their initial arrival at the Archives; namely those in accessions 199306-036 and F/1/R19. This order was not further disturbed by the archivist in the process of arranging these records. Those records in accessions 86-064 and 81-152C, which had not been previously processed, were left in the order in which they were bound on entry to the archives and include records relating to each of the publications listed above. 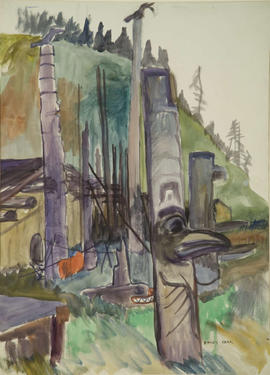 One watercolour image of the Haida village of Ha'ina, based on a photograph. One Hundred Foot Longhouse at Pauquachin 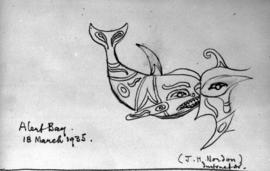 Designs on this item are painted on construction paper, cut to form, and mounted onto a larger piece of construction paper. The designs include interpretations of generic Northwest Coast Indigenous style designs of a human figure, two eagle or hawk heads, a paddle and a halibut club.

Designs on this item are painted on construction paper, cut to form, and mounted onto a larger piece of construction paper. The designs include interpretations of generic Northwest Coast Indigenous style designs of a double-finned killer whale and an eagle. There are also two circular designs. One presents an interpretation of a Thunderbird and a Lightning Snake and other presents a snake and an eagle or hawk.

Designs on this item are painted on construction paper, cut to form, and mounted onto a larger piece of construction paper. The designs include interpretations of generic Northwest Coast Indigenous style designs of three abstract bands, a halibut club, and renditions of a Salish otter figure and a Split-Eagle surrounded by whales. 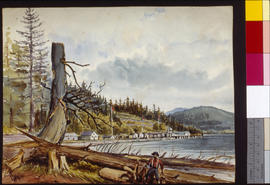 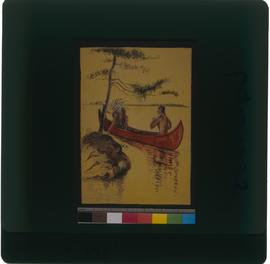 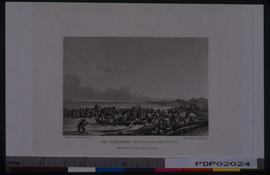 Inuit in Battle With the British on Shoreline 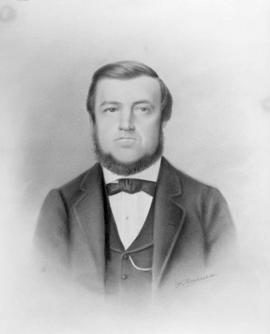 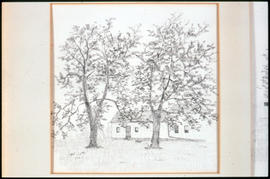 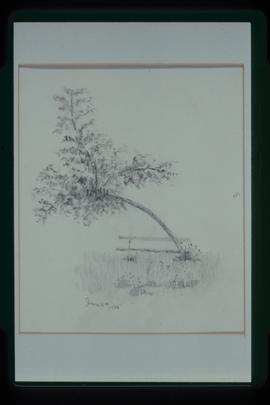 A Street In Victoria 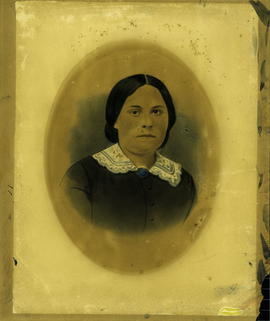 The fonds consists of collected material created by or pertaining to Archibald Menzies. It includes a microfilm copy of Menzies' journal written on Captain George Vancouver's voyage to the Northwest Coast, as well as correspondence (inward and outward), two miniature portraits of Menzies and his wife, as well as other miscellaneous documents. The fonds also includes Menzies' signet ring with his seal and the motto "Will God I Shall.' 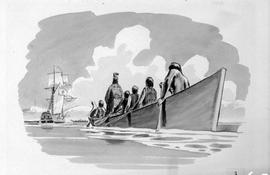 Re-creation of Perez in his ship "Santiago" as seen by the Haida Indians, Queen Charlotte Islands, in 1774; #3. 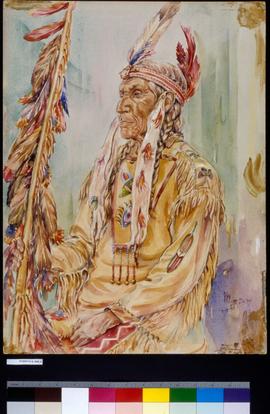 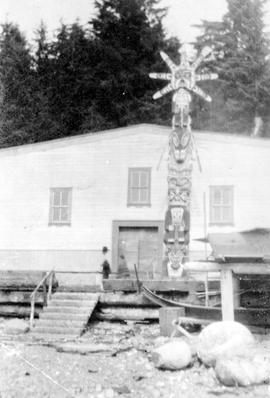