The file consists of photocopies of an anthology of stories by Harold H. Forsell of Kamloops titled "Law enforcement of Pioneer Days in South Central British Columbia. All but one of the stories were published in "The Shoulder Strap". 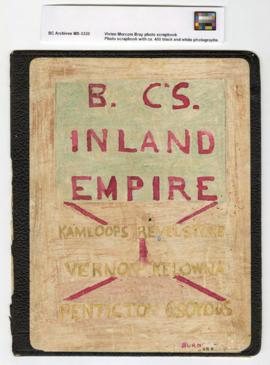 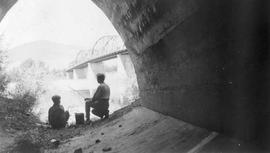 Panorama of Brocklehurst, suburb of Kamloops before development - looking to city of Kamloops 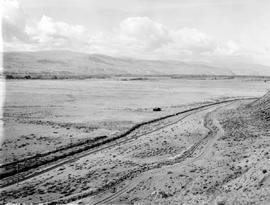 Panorama of Brocklehurst, suburb of Kamloops before development - looking south towards Kamloops Lake The series consists of Forest Branch records created between 1912 and 1914. The series contains timber cruiser reports by W.J. Kelly on diverse tracts, including holdings of the Lillooet and Cariboo Land Company, Ltd. Reports include numerous ph...

This series consists of two volumes of Water Rights Branch Board of Investigation minute books of meetings regarding the adjudication of water rights claims and the issuance of water licenses pursuant to the Water Act, 1909.

This series contains files from the Public Information and Education Division. The records consist of correspondence of the Minister of Lands, Forests and Water Resources on controversial matters including: multiple use in the Nitinat Triangle (19...

This series contains ranger patrol diaries. The series includes the diaries of D. Wallace, whose ranger district was probably the Nicola valley and adjacent parts of the Railway Belt.

This series contains a record of the Board of Investigation list of streams upon which water records have been issued in the Kamloops Water District by E.T.W. Pearse, Water Commissioner, Kamloops, B.C., May 5th, 1911. The series includes an index ...