Notice of a special meeting of shareholders to consider liquidator's report. Financial statement (summary), May 1914 - January 1932.

Scott, Stanley Howard, 1943-. "A profusion of issues: immigrant labour, the world war, and the Cominco strike of 1917"

"A profusion of issues: immigrant labour, the world war, and the Cominco strike of 1917" [An essay presented to the Pacific Northwest Labour History Conference on 14 May 1976 in Seattle, Washington.]Presented by the author, 1976.

"Leaves from my diary: two years with the Canadian Pacific Railroad survey, Rocky Mountain Division." [An account of the author's experiences with "S" party, C.P.R. survey, under Walter Moberly, summer 1871 to summer 1873...

The Pass: biography of a district, renewed, and a town, long gone / Leslie H. Brown

The item consists of a typescript copy of "The Pass: biography of a district, renewed, and a town, long gone by H. Leslie Brown of Ottawa. It is a history of the Crowsnest Pass. There is also a microfilm copy.

Manuscript of history of Slocan.Presented by Mrs. Cooper, Slocan, 1976.

"Extracts from letters written home from British Columbia, 1900-1907", by Harold T. Nation from Cranbrook and Fort Steele where he worked at various jobs including surveying. Edited transcripts made by his son, Philip Nation.Typescript ...

"Nothing Down": stories of hardrock mining. A collection of articles based on the author's experiences as a miner, mining engineer, and mine manager in B.C., the Yukon and Ontario: 1-6, "Nothing Down: the story of hardrock m...

The item is a copy of the reminiscences of Freeda Bolton, entitled "Happiness is remembering." It includes memories of growing up in Nelson before the First World War; biographical information on her parents, John Fred Hume and Lydia Ja...

Szaraz, Gerard. The impacts of hydro-dams on forestry in southeastern British Columbia

A study in the development of the political economy of the Slocan Valley in British Columbia: a response to the Slocan Valley Community Forest Management Project. v, 167 leaves: map, tables. Thesis (M.A.), University of Regina, 1981. Bibliograp...

Letter to W.D. MacDonald from T.A. Love, 1954 re the McBride Cup, instituted in 1913 for the interior hockey championship. Letter from W.D. MacDonald, 1985, presenting the T.A. Love letter to the Provincial Archives of British Columbia and giving...

Typescript articles by Mr. Richardson on Windermere district where he grew up: "Back to Windermere in search of employment" about his experiences as a graderman on the highway through Kootenay Park in the 1930s; "Windermere's ...

The settlement and development of the Kootenay Lake outlet area.

Collected for the 1958 Centennial, this material consists of typescripts, newspaper clippings, photographs and signatures. The collection addresses most aspects of early life at Nakusp and district including railway construction and maintenance, ... 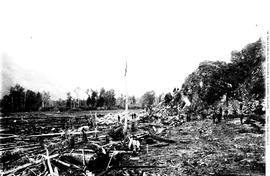 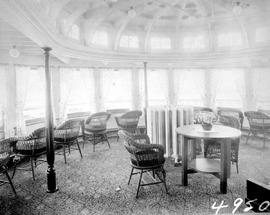 The observation deck of what may be the S.S. Moyie