The series consists of orders issued by the Supreme Court in Vernon between 1901 and 1959. Researchers should note that orders for the period 1931 to 1957 are missing. Records in this series were created as a formal expression of the Court's...

This collection reflects the development and activities of the Vernon Preparatory School for boys and the lives of its proprietors, Augustine (1879-1965) and Hugh (1882-1971) Mackie. In October 1913, the brothers travelled from England to Vernon ...

The Rev. Augustine Clark Mackie (1879-1965) and his brother Hugh (1882-1971) emigrated from England to Vernon, B.C. in October 1913 with the intention of establishing an independent school for boys. Vernon had been recommended to them by a nephew... Tug-of-war at the May Day festivities Naramata 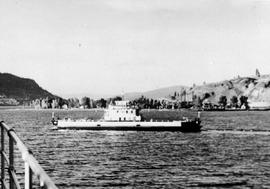 Business and personal papers of Walter Robert Pooley, one of the founders of the Kelowna Land and Orchard Company, 1904-1915; papers of his wife, 1905-1930; manuscript accounts by his son Nigel Pooley of his life and business ventures.

The series consists of probate/estate files from the Oliver court registry.

Records of the Assistant Commissioner of Lands and Works, Similkameen Division

This series consists of records of the Assistant Commissioner of Lands, Similkameen Division, Yale District, 1905-1920. Records include two volumes of declarations for Certificates of Improvement, nos. 1-182 and 183-561. The declarations give a d...