Minutes "relative to the Indian troubles on the Skeena River," 1888; dispatches, reports, and correspondence concerning relocation of Songhees Indian reserve, 1893-1896; Report on British Columbia for Royal Colonial Institute (for use in...

Sheriff's receipt book for cases in all courts at the Victoria Court Registry, 1879-1883.

Presentments of the Grand Jury

The fonds consist of a series of drawings by Ottawa architect G.F. Stalker under the pseudonym Alma for the 1892 competition to design the British Columbia Parliament Buildings. Although the plans are numbered from 1 to 15, only 13 plans were dona...

The fonds conists of four notebook diaries kept by Thomas Frederick Seldon between May 12, 1898 and November 10, 1899 recording his experiences while travelling to the Yukon Territory via the Teslin Route, including the Stikine River, and mining a...

Handwritten-report of Commissioner M.W. Tyrwhitt Drake, Commission on the Operation of Victoria Gaol, 1889

Report. "The commissioner investigated matters pertaining to the action of the Board of Examiners, the Department of Education, and Miss Agnes Cameron, principal of South Park School, Victoria, in connection with drawing books submitted by pu... 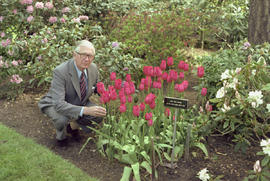 The fonds consists of the records generated by the Asian Art Society of Victoria between 1977 and 1988 in the course of its meetings, social events, volunteer and fund-raising activities, tours, classes, sponsored lectures and art exhibitions in V... 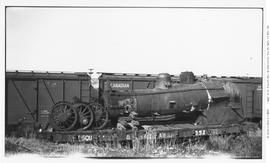 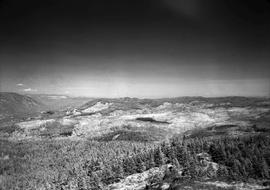 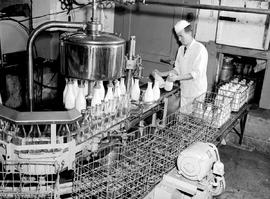 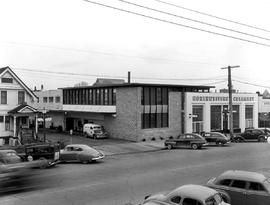 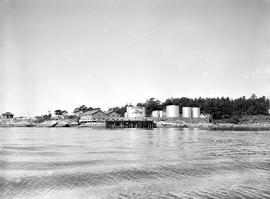 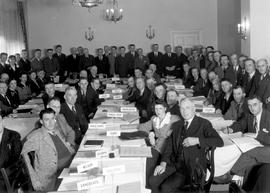 Part of the security detail for Princess Elizabeth and Prince Phillip. 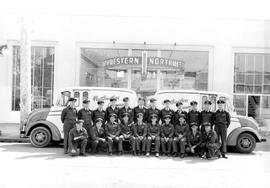