The sub-series consists of interviews and radio programs about the early days of Vancouver, ca. 1880-1920. The interviews were recorded by Laurence Nowry, who also wrote and narrated the broadcasts.

The series consists of one unindexed process book dating from 1913 to 1916 and two process index books. The indexes appear to be for much later records and likely date to the 1950s. A typical entry shows the date received, plaint number, plaint...

Programmes from the Vancouver Symphony Society.

The file consists of eight handbills that advertise concerts at the Retinal Circus, a music club that opened at 1024 Davie Street, Vancouver, in the fall of 1967 and closed in January of 1969. The club hosted a wide range of psychedelic, blues, ro...

Scott of the Antarctic : [miscellaneous recordings]

The sub-series consists of interviews and other recordings related to Robert Falcon Scott's ill-fated 1910-1913 Antarctic expedition to the South Pole. It includes interviews with expedition members Tom Clissold and Sir Charles Wright, as we...

The item consists of a release negative and outs. It contains footage showing the construction of a mill, probably belonging to Columbia Cellulose. Includes aerial footage and shots of heavy earth-moving equipment and concrete construction. 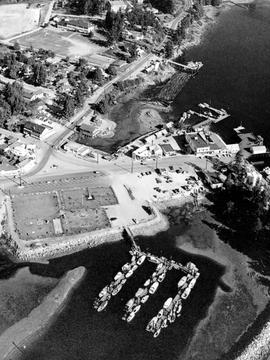 Series consists primarily of Savery's artwork, including two sketchbooks, a design notebook, and three individual drawings. Also included in the series are two scrapbooks, primarily containing newspaper clippings (one of these scrapbooks is a...

The sub-series consists of one oral history interview on the history of the Yukon Territory.

The series consists of miscellaneous audio recordings by Imbert Orchard, including interviews, actualities (i.e., live location sounds), production elements or sections of CBC documentaries and BC Archives sound programs, and a number of unidentif...

The collection consists of sound recordings compiled by Jean B. Wilton while researching her book "May I Talk to John Howard?: The Story of J.D. Hobden, a Friend to Prisoners" (1973).

The series consists of brochures, photographic prints, note pads, glossy folders and advertisement colour keys used by Okanagan Helicopters to advertise services and equipment. The brochures, printed between 1968 and 1970, informed clients of th...

The sub-series consists of oral history interviews about the history of, and modern life in, the Bella Coola, Central Coast and Central Coast Islands regions, from ca. 1890 to the 1960s. The interviews focus on the areas of Anahim Lake, the Bella...

The series consists of photographs primarily documenting the alpine and mountaineering activities of the Mundays, their friends, and associated clubs (especially the Alpine Club of Canada). The photographs consist of loose prints, mounted prints f... 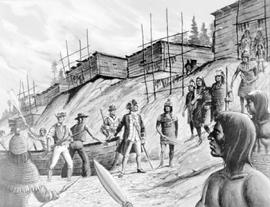