This series contains correspondence, charts, plan map and report relating to the creation and staffing of the Cariboo Forest District. Types of records include a floor plan of Williams Lake headquarters, (1969), a report on the re-establishment o... 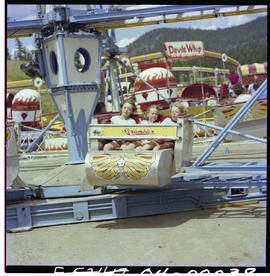 The item is a composite print of a travelogue film from 1973. It contains footage of aspects of the province as seen in Beautiful B.C. Magazine; the British Columbia Boys Choir is featured. Also includes sequences on the Cariboo-Chilcotin region; ... 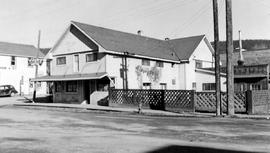 The item is a composite film print of a travelogue made between 1973 and 1976. It focuses on the Cariboo-Chilcotin region, with an introductory section on the history and exploration of the region. Includes footage of ranches, highways, small com...

Plaint and procedure books (indexed) for civil and criminal cases. Criminal cases are included in these volumes, but are not entered as part of the regular numbering system when they occur. The following information is given for criminal cases: c...

Civil case files with the exception of probate/estate files (GR-2462) which have been removed from this series and filed separately. Index by case number for cases 1/1964 522/1966. Includes case numbers plus names of both plaintiffs and defendants.