Files of the Hospital Consultation and Inspection Division, relating to the liaison and supervision of private hospitals in the province. Includes correspondence and memoranda, reports of inspections of the hospitals and recommendations made.Thes... 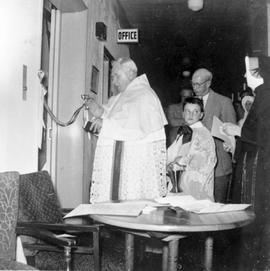 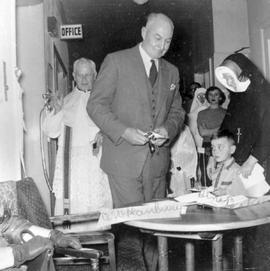 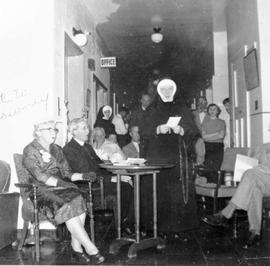 Since the Provincial Secretary's department was responsible for a broad range of legislation and activities - including the civil service, provincial elections and (until 1946) health and welfare services - the records in GR-0496 deal with a ...

There are two series of files: MS-3092 consists of 510 case files for patients treated with hallucinogenic drugs at Hollywood Hospital, with opening file dates from 1957 to 1968. As some patients returned for later treatments some of the materia... The Columbia Coast Mission (C.C.M) was inaugurated in 1905 by Reverend John Antle of the Anglican Church to serve the medical and spiritual needs of logging camps on the coast of B.C. between Vancouver Island and the Mainland.Records include: corr...

Files of J.W. Mainguy and P.M. Breel. Mainguy was the manager of the Consultation and Inspection Division of the BCHIS, later the Assistant Deputy Minister in charge of Hospital Insurance, 1972-1975. He was the original chairperson of the Planni...

Footage. The Columbia Coast Mission boat "John Antle" (the third CCM vessel of that name) on patrol with Canon Alan D. Greene. Shot in the early 1950s when the "John Antle" was based at Pender Harbour, patrolling the Jervis In...

Amateur film. Miscellaneous footage taken during the time that Miss Gerry worked as a nurse for the federal Dept. of Indian and Northern Affairs. Includes footage of Indian reserves and villages, celebrations and school children; a First Communion...