The collection consists of Duffy's oral history interviews pertaining to the history of radio broadcasting and film production in B.C.; the life and work of radio producer Imbert Orchard filmmaker A.D. "Cowboy" Kean; and jazz music...

The fonds consists of oral history interviews, radio programs, and other sound recordings, as well as scripts, notes, correspondence, photographs, two amateur films, and a drawing. This material was created or accumulated by Imbert Orchard during...

The series consists of scripts, notes, correspondence and background material related to the production of Orchard's documentary radio programs at CBC Vancouver, including the series "Living Memory" (1961-1964), "From the Mount... 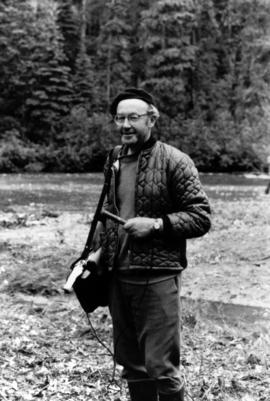 SUPPLIED TITLE OF TAPE(S): The development of Aural History at the Provincial Archives of British Columbia RECORDED: Victoria (B.C.), 1975-05 SUMMARY: William Langlois is interviewed about the changes in and development and demise of Reynoldston R...