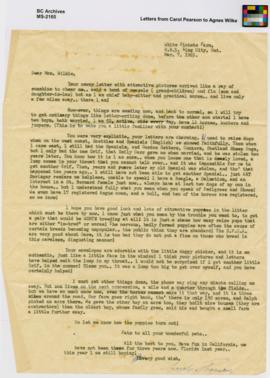 The file also contains three photographs; two snapshots of Emily Carr and her dogs, ca. 1933, and one snapshot of Carol Pearson on a horse, October 1951.