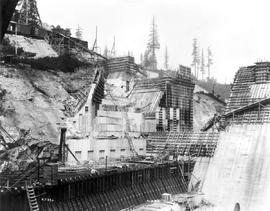 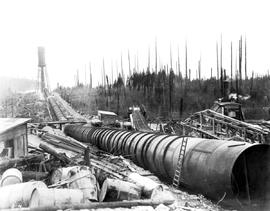 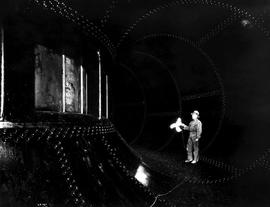 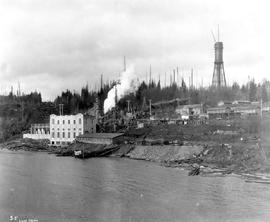 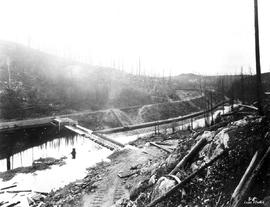 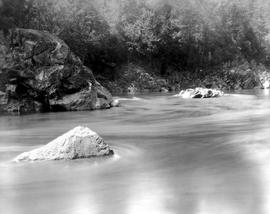 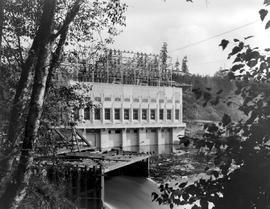 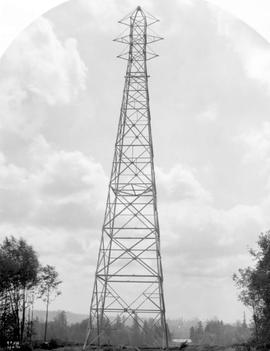 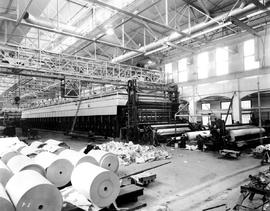 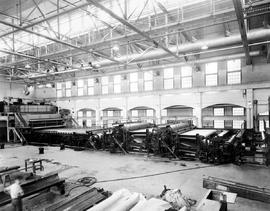 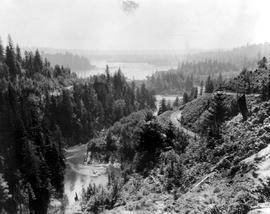 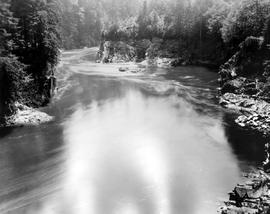 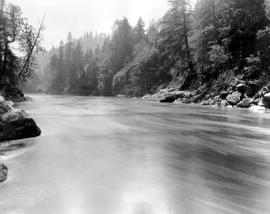 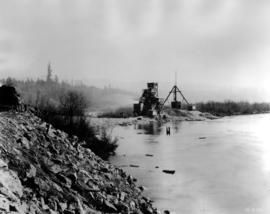 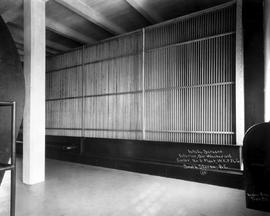 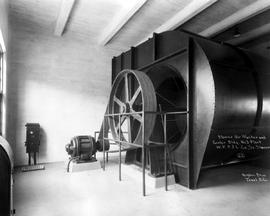 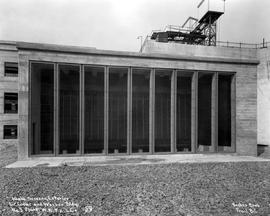 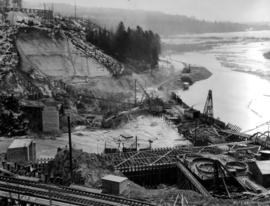 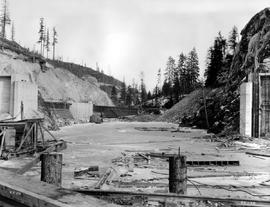 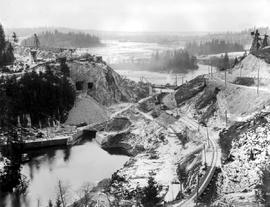 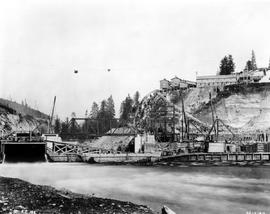 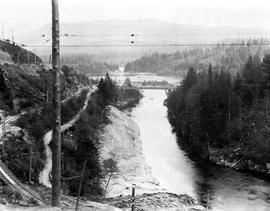 The fonds consists of photographs and lecture notes for slide shows, which document the history of hydro-electric power, irrigation and agriculture, spanning all areas of the province, particularly in the 1920s and 1930s. Clark appears to have collected the photographs from diverse sources; many appear to relate to his activities with the South Okanagan Irrigation Project, and work for the Department of Lands, Water Rights Branch. For the most part, photographers are not identified. Clark may have been the photographer for some, but a large number appear to have been taken by other government employees or other professional photographers. Some photographs are attributed to the Royal Canadian Air Force and to numerous commercial photographers including: L. Stocks, George A. Meeres, C. Peel Nelson and Harry Bullen. Some photographs have annotations labeling them as “Water Rights Branch” photos or slides. In indexing his collection, Clark also indicated some of the photos have a relationship to the “Forest Branch.” The fonds also consists of an inventory of the slides, with slide show notes. These include: “Useful Notes for Lecture Work on B.C Water Powers” (October 1931), and “Illustrated Lecture on the South Okanagan Irrigation Project, featuring the Engineering” (December 1928), and “Lecture notes for slide show on Hydro-Electric development in BC” (April to June 1931), annotated with “JW Clark, Water Rights Branch.” Subjects include the South Okanagan Irrigation Project and other irrigation projects around BC, dams and hydro-electric generating plants, waterfalls and water pumps, rivers, streams, lakes, ponds, bridges, canals and locks, agriculture, agricultural experiment stations, gardens and horticulture, ranches and ranch life, farm buildings, farm life, fruit orchards, tobacco and other crops. Subjects also include: forestry, logging, silviculture, pulp and paper mills and manufacturing, landscapes, parks, railroad tracks, buildings and bridges. In particular, there are photographs relating to the West Kootenay Power and Light Company and of water power projects including Bonnington Falls, Stave River, Buntzen River, Britannia Creek, Powell River, Link River, the Ruskin dam and power development, and of hydro-electric power installations in other Canadian provinces.

The photographs were created prior to January 1, 1949 and are consequently in the public domain.

A finding aid is available, which includes the creator's original index/inventory. In the catalogue on the Archives website, there are item-level descriptions, some of which include the digital image.

Graphic material may be in cool or cold storage. Contact staff for specific details.

The fonds consists of prints, negatives (including glass plate negatives) and lantern slides.