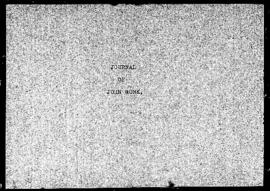 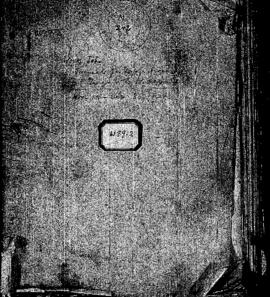 John Work was a fur trader for the Hudson’s Bay Company (HBC). His trading took him around western Canada and the west of the US, particularly the Washington and Oregon area as well as the coast of British Columbia.

Work was born in Ireland in 1792 and was the eldest of six children. His last name was originally spelled “Wark” but was anglicized when he joined the HBC. His career began in 1814 as a writer for the HBC at Stromness in the Orkney Islands. Work was then posted to York Factory and changed job positions and locations in Upper Canada until 1823.

In 1823, Work was assigned to the Columbia District and he left York Factory with eight men in the charge of Peter Ogden. Work followed a HBC trade path along the Athabasca River to the Columbia River and then further down to the Spokane House. Operating from that area had Work traveling and trading around Fort George, the Fraser River, and the Columbia River. Work took over the charge of the Spokane House after his predecessor retired and was instructed to build a new post at Kettle Falls (named Fort Colvile). From 1825-1826 Work went on trade expeditions in the Flathead Country and supervised the construction of Fort Colvile. For the next four years, until 1830, Work lived primarily in Colvile while going on trading expeditions or acquiring horses along the Snake River for New Caledonia (now British Columbia) and Fort Vancouver (now Vancouver, Washington).

Peter Ogden appointed Work as his successor at the Snake country brigade in 1830, and until 1832 Work traveled on trading expeditions around Salmon River, the Flathead country area, and the Snake Country area. The expeditions proved to be dangerous due to the fierce Blackfeet tribe and difficult due the competition of the American traders.

Work left on an expedition to the Bonaventura (Sacramento) Valley of Mexican California in 1832. The expedition was difficult because of the competition from an American party led by Michel Laframboise and hostile First Nations tribes. After cooperating with Laframboise out of necessity, Work returned to Fort Vancouver in 1833 with disappointing profits. The next year, Work sailed north to the developing Fort Simpson where he took charge from Ogden of the coasting trade. After the completion of Fort Simpson, Work continued trading and travelling around the coast of New Caledonia (now British Columbia), Vancouver Island and the Queen Charlotte Islands. Fort Simpson became Work’s new permanent residence from 1836-1846.

In 1849, after three years of deliberation, the Council of the Northern Department finalized the placement of the Columbia Department into the hands of Work, James Douglas, and Ogden as the chief factors. Work’s travels continued in 1850 when he went north to establish Fort Rupert. Work investigated the Queen Charlotte Islands where there were reports of discovering of gold, but his party found none. However, in 1851 Work crossed Fort Simpson and found gold which cause a small rush in 1852. In the same year Work purchased a large amount of land near Fort Victoria and built a mansion called Hillside. He became the largest land holder on Vancouver Island and was a member of the Legislative Council of Vancouver Island. Work also remained a chief factor of the HBC and he and Douglas acted as trusties for the HBC Fur Trade Branch.

In 1825, Governor Simpson and McLoughlin had encouraged Work to marry the daughter of a chief of the Cayuse Indians to secure protection for the company brigade, but Work was not interested. Instead he married Josette Legacé, a Spokane woman of mixed blood. She often accompanied Work on his expeditions and together they had 10 children, the youngest born in 1854.
Work passed away in 1861.

The fonds consists of 15 journals, one notebook, and correspondence written by John Work. The notebook was written in 1834, and the journals extend from 1823-1835 when Work was traveling as a trader for the Hudson's Bay Company in the western US and western Canada area. These journals are arranged by date. There is an inventory of the journals and an original note by Work written in 1831.
The fonds also contains a 1945 transcription of Work's 13 May - 26 May, 1851 journal which was written while Work was looking for gold in the Queen Charlotte Islands.

Access to original records restricted for conservation reasons. Available in other formats.