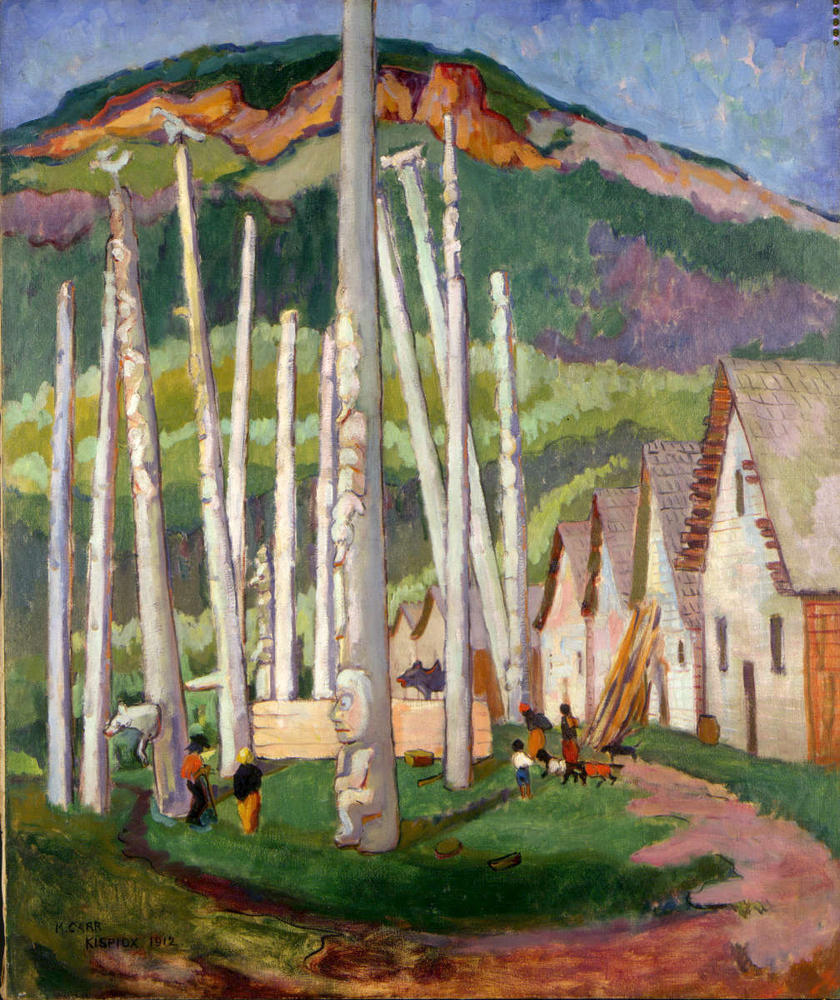 Kispiox Village is the commonly cited title of this painting although the artist's own inscription is only Kispiox.

Purchased in 1933 (the height of the Depression) from the artist using funds obtained via public subscription by a group of Carr's friends led by Edythe Brand (later Edythe Hembroff-Schleicher) with the intention of donating the painting to the Province of British Columbia. It was presented on 21 July, 1933. Further information is located in the documentation file.

one framed oil painting with plaque.