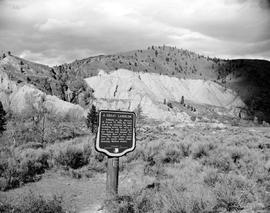 "A Great Landslide" Stop of Interest sign Near Spences Bridge 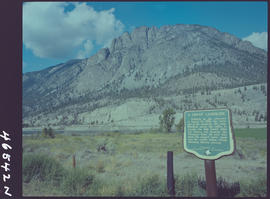 "A Great Landslide" Stop of Interest sign at Spences Bridge

Area Where Hillside Slid Down 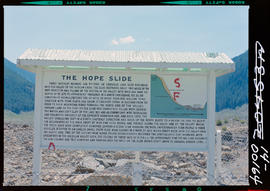 The item is an edited reversal print from 1965. It show the aftermath of the huge landslide on the Hope-Princeton Highway 12 miles east of Hope, on January 9, 1965. There are extensive aerial views of slide area, ravaged mountainside, surrounding...

Inquiry into the Circumstances of Landslides at Whatshan

This series consists of records of the Inquiry into the Circumstances of Landslides at Whatshan, 1953-1954. Records include argument of counsel, transcripts of evidence presented at the proceedings (1953-1954), exhibits (1953-1954), and Commission...

British Columbia. Inquiry into the Circumstances of Landslides at Whatshan 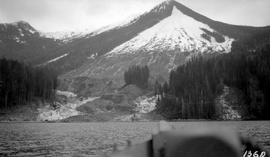 CALL NUMBER: T0303:0001 RECORDED: [location unknown], 1965-11-18 SUMMARY: TRACK 1: Miss Leah Shaw describes her father, William Hugh Shaw, as a contractor for the railway with McKenzie and Mann when they built the first 100 miles from Gladstone to...

Documentary. At 1:15 A.M., November 4, 1985, a northbound 94-car train struck a small rockslide on the BC Rail mainline. Three locomotives were derailed at Mile 63.5. This videotape depicts the raising of the locomotives. 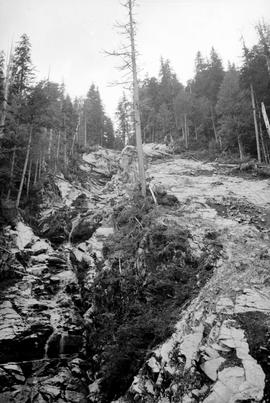 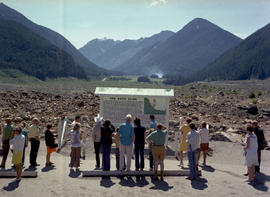 Site Of Landslide At Hope 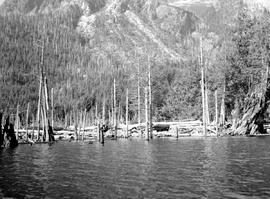 Slide At Mouth Of Powell Lake 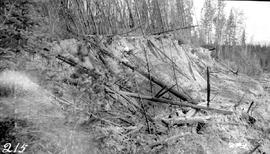 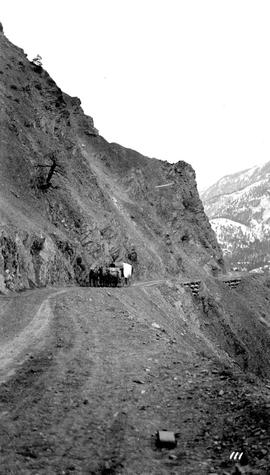 Unedited footage. Shows the damage caused by a landslide on the highway at Sailors Bar, and the clean-up work in progress, using a dredge and other heavy equipment.