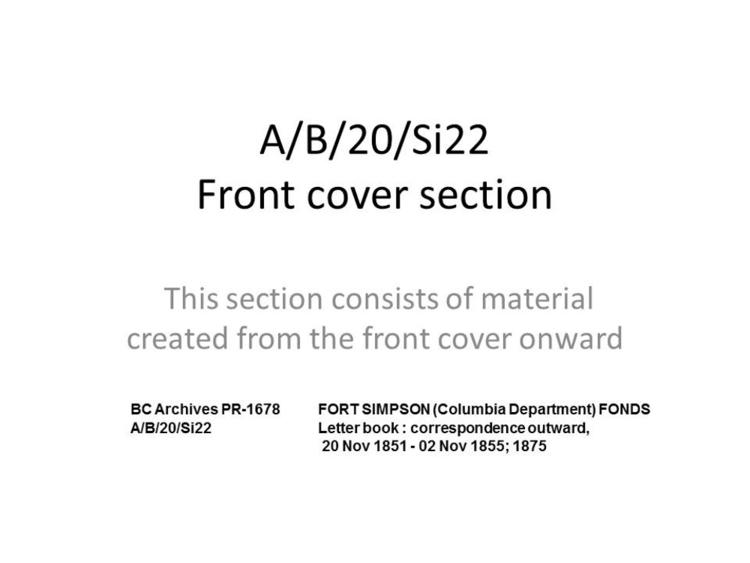 There is a two page diary from August 21 to September 1, 1875 in the back of the book written by an unnamed woman, probably McNeill's daughter Rebecca.

Transcripts available: A/B/20/Si22A
Digital object consists of the original and the transcript. Transcript begins on page 58 of the PDF. Please note that the diary mentioned in the scope and content field was not included when the transcript was created, so there is no transcript of that material.

Conservation restriction: Access to original journal is restricted, use digital copy or transcript.