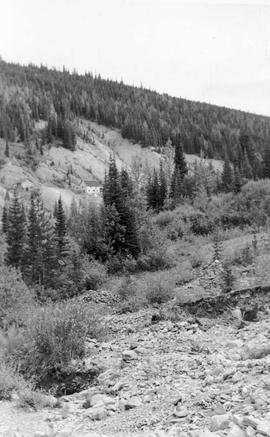 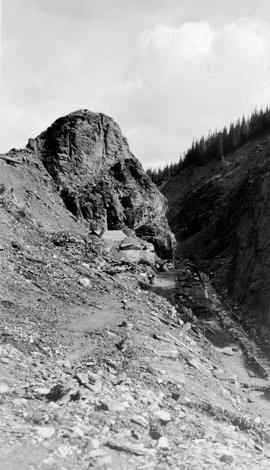 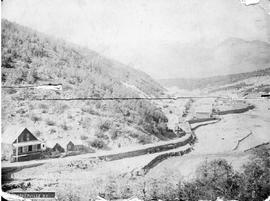 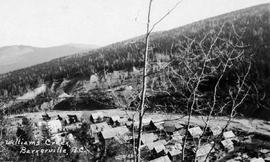 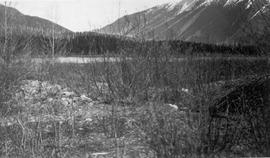 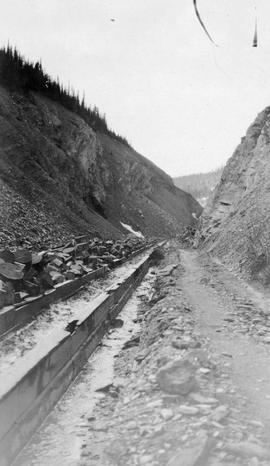 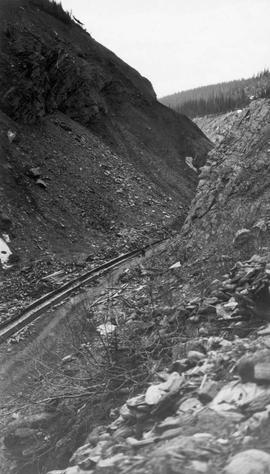 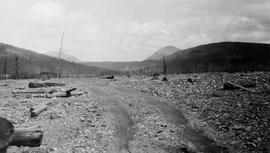 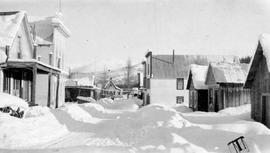 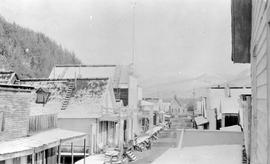 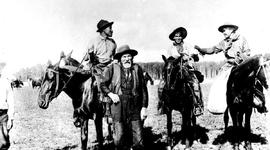 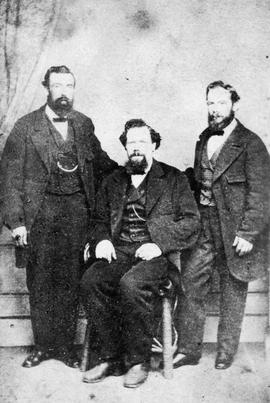 Louis LeBourdais was born in Clinton, B.C. He became a telegraph operator and worked in Kootenay and Okanagan districts for the Canadian Pacific Railway and the Dominion Government Telegraph Service. In 1937 he became an insurance agent and served from 1937 to 1945 as Liberal MLA for the Cariboo district. He died in Quesnel, B.C.

Personal papers; subject files consisting of newspaper clippings, notes of interviews, drafts of articles, correspondence, and photographs relating to LeBourdais' interest in the history of the Cariboo district. Louis LeBourdais was born in Clinton in 1888 and died in Quesnel in 1947. He was the son of Adalbert LeBourdais, telegrapher and postmaster at Clinton and Eleanore LeBourdais. Louis LeBourdais also became a telegraph operator. He worked in Kootenay and Okanagan districts for the Canadian Pacific Railway and the Dominion Government Telegraph Service, before settling in Quesnel, apparently in the early years of World War I, as telegrapher for the Dominion Government Telegraph Service. In 1937 he became an insurance agent for the Confederation Life Association. He was elected to the provincial Legislature in 1937 as the liberal member for Cariboo district, and was re-elected in 1941 and 1945. LeBourdais was keenly interested in the history of the Cariboo district and the Central Interior in general. He wrote and sold articles on the past history of the region and on current economic trends to a number of magazines and newspapers, and was a correspondent for the Vancouver Daily Province. His topics included gold mining and the "back to the land" movement. The records were accumulated primarily in connection with LeBourdais' historical interests. Records include: papers and newspaper clippings of general interest, and subject files arranged alphabetically. The subject files consist of newspaper clippings, handwritten and typewritten drafts of articles, notes of interviews, correspondence and photographs. The bulk of the records date from the 1930s and are concerned with old timers, mining, particularly the resurgence of gold quartz mining, and the "back to the land" movement. Some subject files contain photographs. Printed material transferred to the North West Library Collection is identified in the finding aid. Approximately 450 black and white photographs, 75 black and white negatives, and nine glass negatives of various subjects, and approximately two hundred lantern slides of the Cariboo-Barkerville area were transferred to Visual Records accession, 198501-11. Mining maps of the Central Interior of British Columbia have been transferred to map registration numbers: 12916-12928. A list of maps is available at the end of the attached finding aid. Related records in MS-0361.

The collection was presented to the Provincial Archives in 1976 by Mr. and Mrs. James LeBourdais of Quesnel, son and daughter-in-law of Louis LeBourdais.