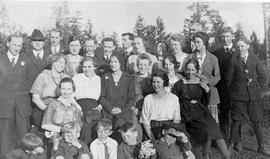 Diaries and other material 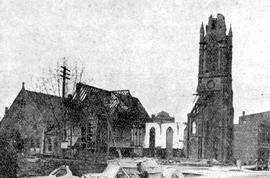 First Methodist Chuch, corner of Broad and Pandora, being demolished; believed built around 1859 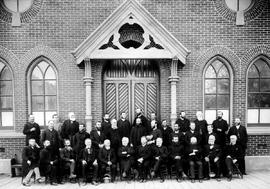 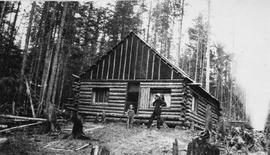 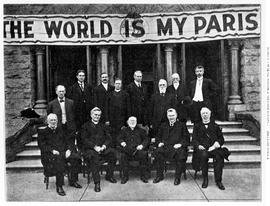 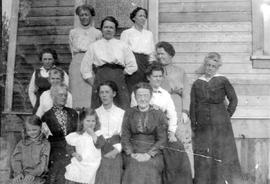 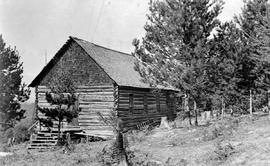 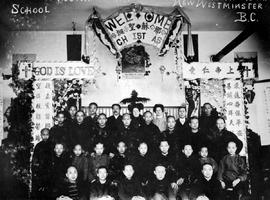 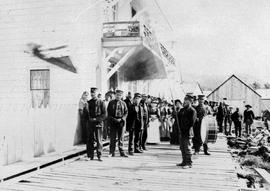 Band in uniform in foreground. 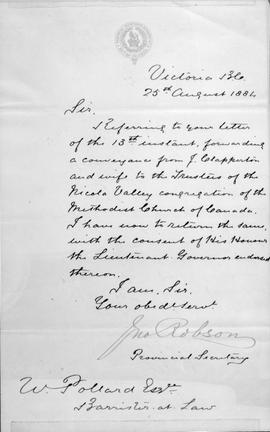 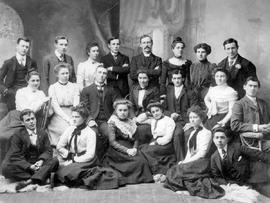 Minute book, British Columbia Conference, 1887-1898 and typescripts of p 1-178 together with working copies. [The original minute book, apparently in a very fragile condition, was being transcribed by the Rev. W. Lashley Hall when he died in 1948...

Postcard, broadsheet, and conference programme pertaining to Methodist Church in British Columbia. Includes penciled notes and signed ballots from church members in Victoria on question of union of Methodist, Presbyterian, and Congregational chur... 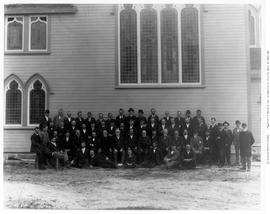 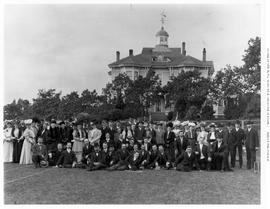 Methodist Conference, in front of David Spencer's home on Moss Street in Victoria

Methodist conference of BC at New Westminster 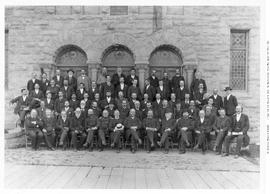 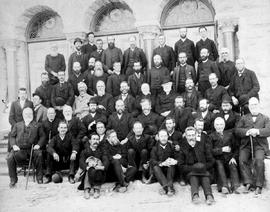 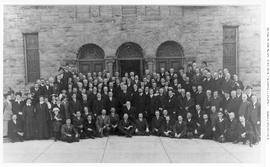 [Delegates to BC Methodist Church conference]. 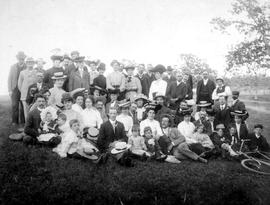 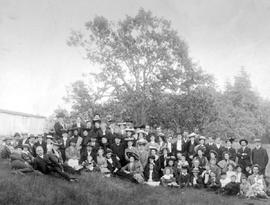 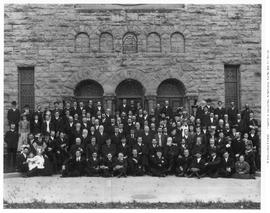