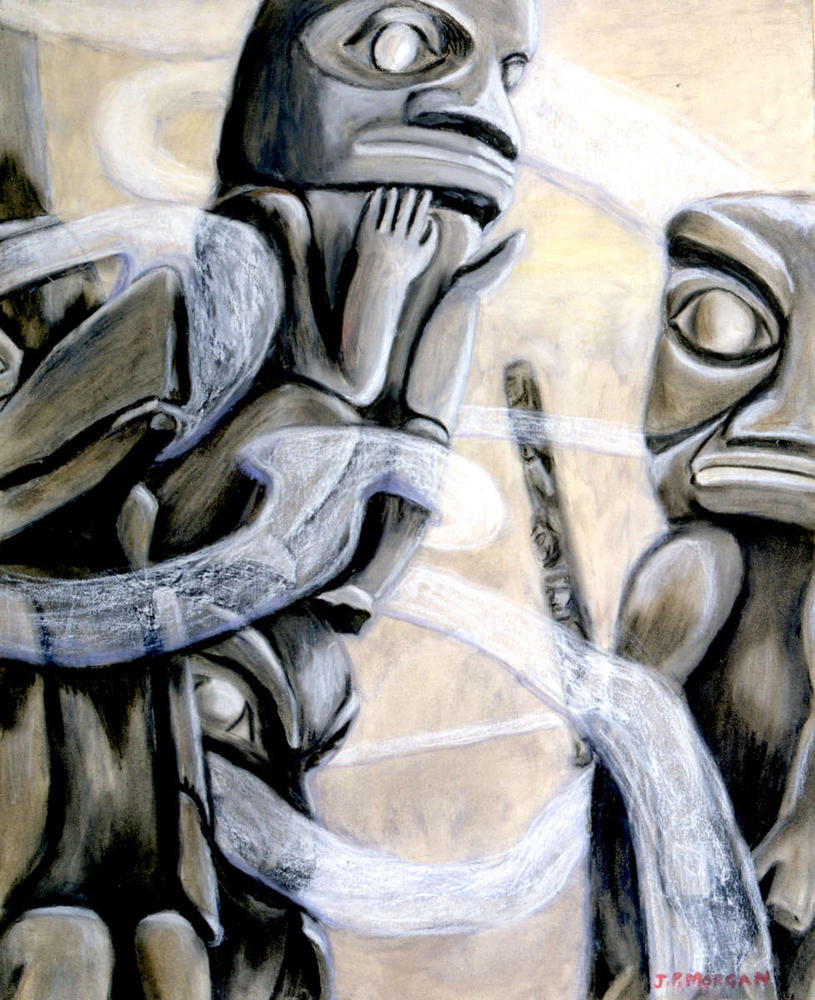 Judith Morgan, a Gitxsan artist from Gitwangak, learned to paint at the Alberni Residential School in the 1940s. An arts award from the BC Indian Arts and Welfare Society brought her to a residency at the Provincial Museum in 1947. She created an exhibition of twenty paintings that were first exhibited at the Provincial Museum and toured across the country, concluding at the National Museum of Canada. In 1949, five of her paintings were purchased by the BC Archives.