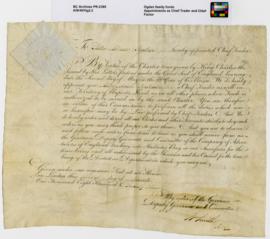 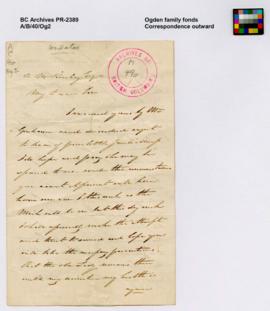 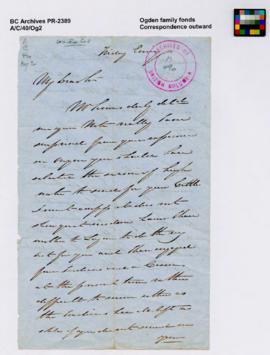 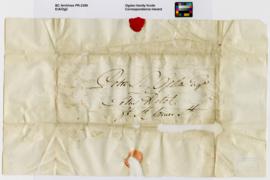 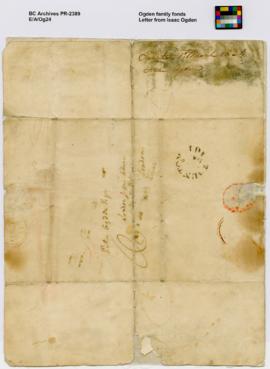 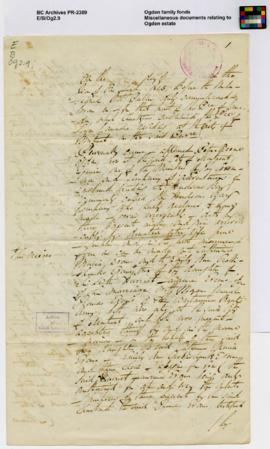 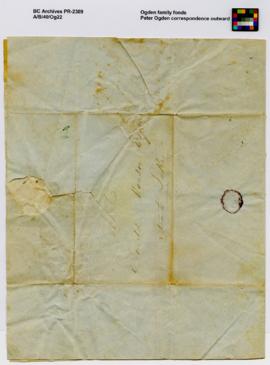 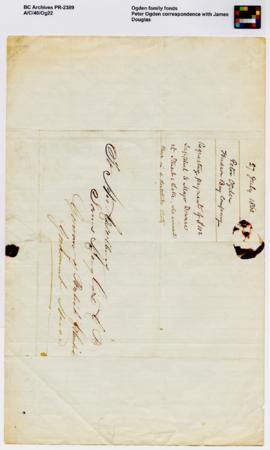 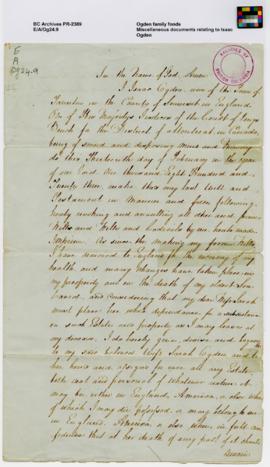 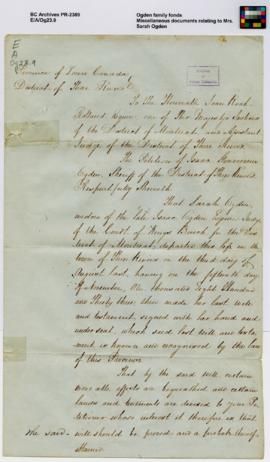 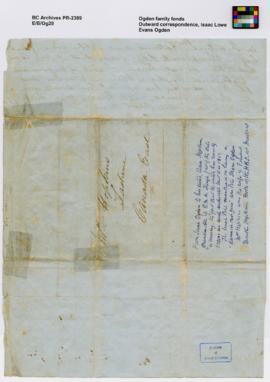 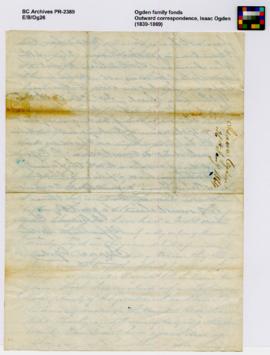 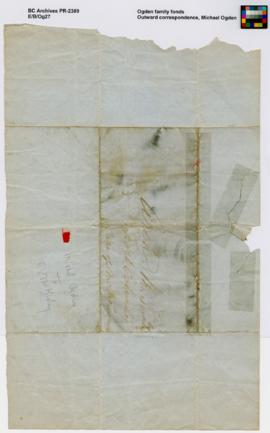 Peter Skene Ogden (also spelled Skeene, Skeen and Skein) was born in Quebec in 1790, the son of Isaac Ogden and Sarah Hanson. As a young man, he was employed for a brief time with Montreal's American Fur Company before joining the North West Company as an apprentice clerk in 1809. By 1814, Ogden was in charge of a trading post about 100 miles south of Ile-a-la-Crosse, Saskatchewan. While at this post, Ogden reportedly forced the fort clerk to surrender a local Indigenous man to him, whereupon the man was "butchered in a most cruel manner."

Ogden was transferred to the Columbia Department in 1818 following an indictment for murder in Lower Canada. While in the Columbia District, he served at Fort Georgia (Astoria, Oregon), Spokane House (Spokane, Washington) and Thompson's River Post (Kamloops, BC).

In 1824, Ogden was appointed Chief Trader and was posted to Spokane House. During this time, Ogden traveled through much of what is now present-day Oregon, Idaho, California, Nevada, Utah, and Wyoming. Between 1824 and 1830, Ogden led several expeditions through the area. In 1831, he was transferred north with the goal of establishing a new post, which was to be first named Fort Nass and later became known as Fort Simpson. Ogden was promoted to Chief Factor in 1835 and the same year reached his new headquarters of Fort St James on Stuart Lake.

Ogden subsequently served on the board of management for the Columbia District, with McLoughlin and James Douglas. Following McLoughlin's retirement in 1846, Ogden and Douglas, together with John Work, oversaw the Columbia district. Ogden ended his career at Fort Vancouver, and died in Oregon City, Oregon in 1854. Ogden had two "country marriages"; once to a Cree woman in Saskatchewan and secondly to Julia Rivet, a Spokane woman, and had a total of 8 children.

Peter Skene Ogden was born in Quebec in 1790 to parents Isaac Ogden and Sarah Hanson. Father Isaac was a judge in the Admiralty Court in Quebec and a member of the United Empire Loyalists in Canada. Both Isaac and Sarah were born in the United States. Peter Skene Ogden had a total of 8 children from 2 "country marriages;" the first to a Cree woman and the second to Julia Rivet, a member of the Spokane peoples. Among these children was his son, Peter Ogden (1817-1870), who followed in his father's footsteps and was also an employee of the Hudson's Bay Company. Ogden's daughter, Sarah Julia Ogden, married Archibald McKinlay (1811-1919), another Hudson's Bay Company employee.

The custodial history of these records is unknown, although it is possible that some of the material originally formed part of the collection of Thompson Coit Elliott. Elliott was the president of the Inland Empire Historical Society and in 1910, he wrote an article on Ogden quoting the letter found in file E/A/Og24. Elliott died in 1943 and it is possible that some of the records came into Archives custody at that time.

The fonds consists of records created by several members of Peter Skene Ogden's family between 1831 and 1864, and includes a file of material that was compiled in 1931 about Ogden. The bulk of the fonds includes material written or received by Peter Skene Ogden, although the fonds also includes correspondence and other records relating to his parents, Isaac Ogden and Sarah (Hanson) Ogden, his son, Peter Ogden, his nephew Michael Ogden, and his son-in-law, Archibald McKinlay. Much of the correspondence is personal in nature and documents Ogden's relationship with his family and the settling of his estate. The fonds also includes his appointments to Chief Trader and Chief Factor in the Hudson's Bay Company.

Arrangement is somewhat artificial. The records appear to have been collected over time and it is unclear if some files (for example A/B/Og 2.9 - Miscellaneous files relating to the Ogden estate) were created by Archives staff from loose materials.

The fonds has been divided into two series. The first contains records relating to or created by Peter Skene Ogden (MS-3388), and the second consists of records created by other members of Ogden's family (MS-3389).

In many cases there are digital copies or photostat copies; see lower-level descriptions for details.

In many cases editorial comments were written onto original records.