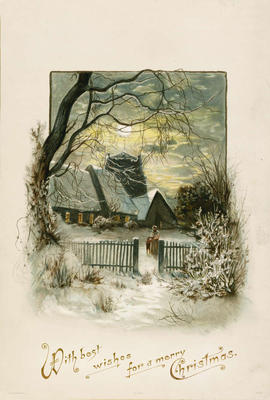 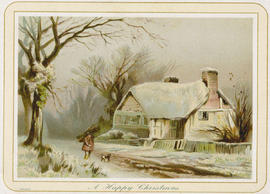 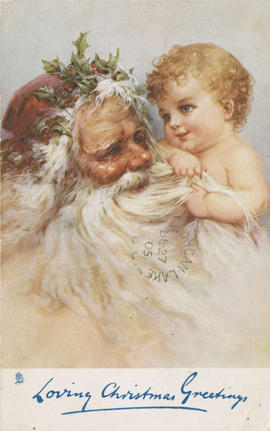 9.0 m of textual records and other material

Peter O'Reilly was born in England in 1827 but raised in Ireland where he served in the Irish Revenue Police. In 1857 that force was amalgamated with the Royal Irish Constabulary and, as O'Reilly did not meet the age requirement for transfer to the Constabulary, he was honourably discharged. In 1859, he came to British Columbia with letters of introduction to Governor Douglas and Colonel Moody. He reached Victoria on April 10, 1859 and later that month was appointed Stipendiary Magistrate for Langley district. From then until 1898, he served the colonial, provincial and federal governments in a variety of positions. Following his appointment at Langley, in September 1859, O'Reilly was appointed Stipendiary Magistrate for the district of Hope and, in addition, High Sheriff of British Columbia. He held the latter office until 1866 when he resigned. In 1860, he was appointed Assistant Gold Commissioner for Rock Creek as well as for Hope, and in 1862 he was appointed Chief Gold Commissioner for British Columbia in Cariboo district with headquarters at Richfield. He remained in that position until 1865 when he was transferred to the newly discovered gold fields at Wild Horse Creek. In November 1863, he had been appointed Stipendiary Magistrate and Justice of the Peace for the Colony of Vancouver Island. In 1866 following the gold discoveries at the Big Bend, he was transferred to Columbia District. For health reasons, he applied for employment in the Lower Country, and in 1867 was appointed to Yale District; in that same year he was also made responsible for Kootenay and Similkameen districts. He retained responsibility for those three districts until 1871. In 1871, he was put in charge of the Omineca district. He served on the Legislative Council of British Columbia from 1864 to 1870 and in 1871. In 1867, he was made a County Court judge for the Colony of British Columbia. After Confederation, he was appointed County Court judge for Yale District. From1880 until his retirement in 1898, he served as Indian Reserve Commissioner in British Columbia, for the federal government. In December, 1863, O'Reilly married Caroline Agnes Trutch, the sister of Joseph Trutch, who later became Chief Commissioner of Lands and Works for the Colony of British Columbia and first Lieutenant Governor of the province. The O'Reillys lived in New Westminster and Victoria, from 1867 on, in Point Ellice House (2616 Pleasant St.), Victoria. This remained the family home until 1976 when it was purchased by the Provincial government. They had four children: Francis Joseph (Frank), 1866-1941, Charlotte Kathleen (Kathleen or Pussy), 1867-1945, Mary Augusta, 1869-1876, and Arthur John (Jack), 1873-1946. Caroline O'Reilly died December 23rd, 1899 in England where she was buried. Peter O'Reilly died in Victoria on September 3, 1905. The family maintained close ties with Britain. Frank and Jack were sent to school in England. Kathleen received some schooling there from 1882-1885, made extended visits there in 1888-1889 and 1896-1897 and lived there during the First World War. Caroline O'Reilly was there in 1882-1883, being joined for part of that time by Peter and again in 1888 and 1889. Frank became a civil engineer and surveyor and worked in South America before returning to British Columbia in 1892. Before leaving for South America he worked on the Esquimalt Graving Dock. From 1892-1904 he worked as a surveyor in the Kootenays. In 1914, he married Jessie Blakiston. The marriage was not a success and Jessie returned to England and lived there with their two sons Peter and Tom. Frank died on March 20th, 1941. Jack became a lawyer and served in the Royal Naval Air Service and Royal Air Force during the First World War. He married Mary Beresford Windham in 1919 with whom he had one son, John. Mary was born in Manitoba. Jack died on August 1st 1946.

Letters from MS-0248, purchased from J.K. Nesbitt, Victoria, 1974. Records from MS-0412 transferred from Point Ellice Historic House, Victoria, 1975. Records from MS-2086 transferred from the Modern History Division, British Columbia Provincial Museum, 1984. Other records, previously part of the Old Catalogue, were received at various times from various donors. The majority of these Old Catalogue records were received from John Windham O'Reilly in 1964. Accession 92-9758 donated by Inez O'Reilly in 1996.

The fonds consists of the diaries, correspondence, notebooks, survey field books, accounts, business and personal papers, photographs, watercolours, maps, and ephemera created by members of the O'Reilly family between 1830 and 1992. These records reflect the family's role as part of the inner circle of administrators during the colonial period and as part of Victoria's upper middle class, until the death of Peter O'Reilly in 1905. They also document the everyday activities and events in the life of the family. The work of Peter O'Reilly took him to most parts of the British Columbia mainland. In his roles as Stipendiary Magistrate and Gold Commissioner, he was expected to supply the Governor with information on all happenings and developments in his district and was responsible for the administration of justice, lands and mining matters, roads and trails, public works, postal service, the issuance of trade and other licences, collection of various taxes and the district accounts. As a High Sheriff from 1860-1866, he was responsible for arranging hangings in the Colony. He also served as a returning officer, in 1872 and 1874, for the electoral district of Yale, which encompassed Yale and Kootenay districts. He was also asked to report on the Chilcotin Indians in 1872. The textual records are arranged into eight sous-fonds by the creating family member and also include ten series of mixed family records, not belonging to any one individual. The sous fonds were created by: Peter O'Reilly; his wife Caroline A. (Trutch) O'Reilly; their daughters Charlotte Kathleen O'Reilly and Mary Augusta O'Reilly; their sons, Francis Joseph O'Reilly and Arthur John O'Reilly; wife of Arthur John O'Reilly, Mary Beresford (Windham) O'Reilly; and the son of Arthur and Mary, John Windham O'Reilly. The ten series of mixed family records consist of general family records such as house account books, published materials, and letters addressed to more than one person. The series are: correspondence inward; miscellaneous correspondence; bills received and paid; house account books; miscellaneous account books; school books; miscellaneous books; scrapbooks; ephemera; and miscellaneous. The non textual records are arranged by accession. The ca. 2500 photographs are in seven different accessions. The records, ca. 1860-1992, include many photographs of O'Reilly family members, relatives and other prominent Victoria families. There are also photographs of the O'Reilly home, Point Ellice house. There are postcards and photographs of Victoria, Vancouver and other parts of British Columbia and Alberta. There are four watercolours painted by Charlotte Kathleen O'Reilly and one by M.S. Townsend. One additional accession includes maps of the Oregon territory, Yukon, British Columbia and the North West Territories, ca. 1855-1890 and blueprints and sketches of claims and subdivisions in Hope, Victoria, Port Moody and New Westminster.