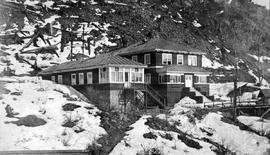 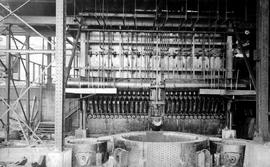 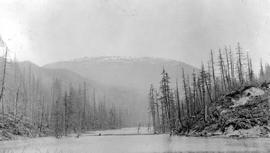 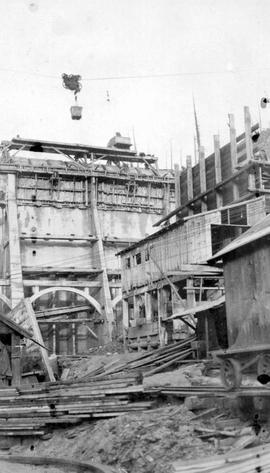 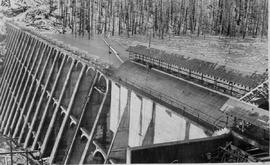 Ozzie (Oswald John) Hutchings was born in Chepstow, Wales on September 1, 1901. He was the son of John Mason Hutchings and Alice Maud Cripps. The family moved to British Columbia and settled in Anyox, B.C. where John Mason was the first Provincial Police officer based there and Ozzie Hutchings worked as a machinist for the Granby Consolidated Mining, Smelting and Power Company.

In 1922 he married Celia Mabel Lewis in Vancouver. The couple continued to live and work in Anyox and later in Stewart but left the area in 1935 when the Granby company shut down the mine. Hutchings worked for the Liquor Control Board and died in Victoria on August 4th, 1976.

There are also 63 black and white photographs created or acquired by Hutchings in the 1920s and 1930s which mainly document the 1936 Skeena flood and its impact on Anyox and Terrace as well as snow slides photographs from the 1930s. In addition there are 27 black and white copy prints loaned by Hutchings for copying by the Provincial Archives in 1972. These prints show the town site of Anyox including the dam, the smelter and various fires.

Series and item descriptions are available.