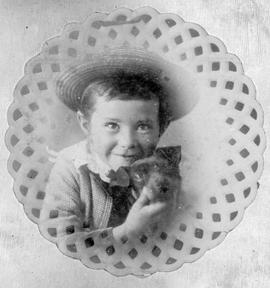 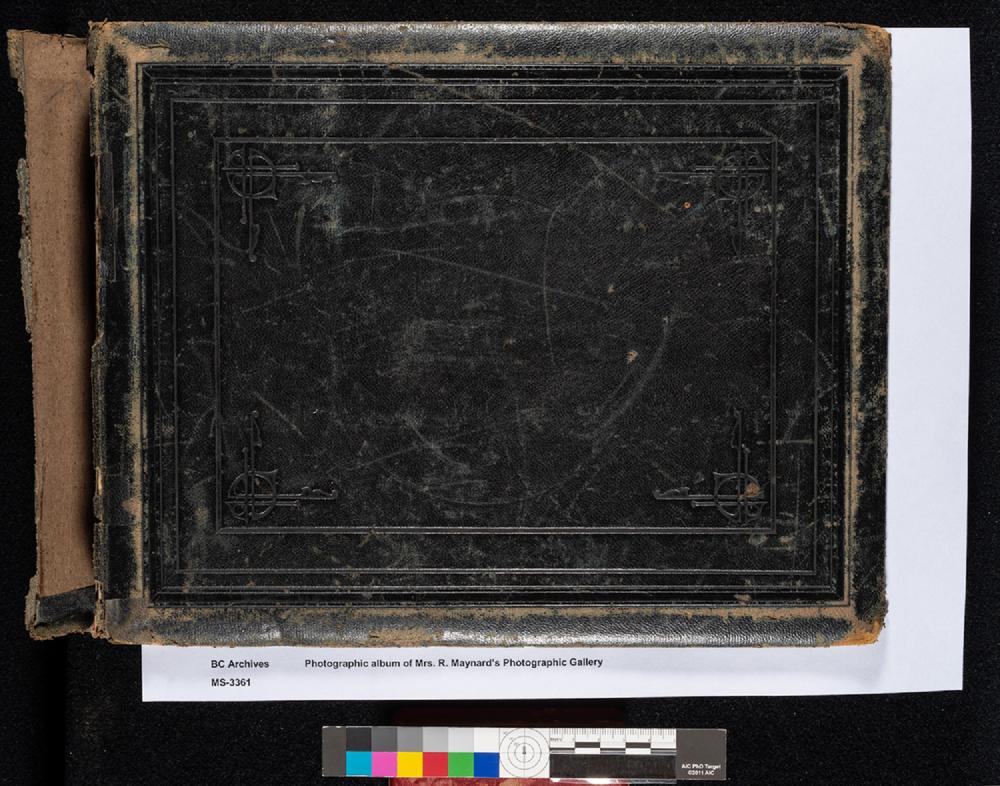 Found in Visual Records Department between June and August 1979.

File consists of one studio photographic album with a black leather cover containing 122 photographic prints, the bulk of which are a selection of sample studio portraits and less conventional works and is attributed to Mrs. R. Maynard’s Photographic Gallery. The album presents a portfolio of 19th century infant, baby, child and youth studio portraiture featuring a range of commercial options from the Maynard Studio. Photographic subjects include clients identified as being from the Harris, Redfern, Wallis and Gambie families, along with children of other families. Members of the Maynard family including Hannah Maynard, George Maynard (son of Hannah and Richard Maynard), Richard James Maynard (son of Albert H. Maynard), Harry and Maynard MacDonald (grandchildren of Hannah and Richard Maynard and children of daughter Emma Maynard) are also depicted in individual and group portraits.

For conservation reasons, access provided to original is limited. Researchers should consult the online reference image prior to consulting the original. Please contact the BC Archives to determine the access status of this record.

All photographs are in the public domain.

The "Gems of British Columbia" series features multiple individual portraits, produced throughout the year, of selected babies and children all compiled into a single montage work. “Gems” were sent as New Year's greeting cards to clients from 1881 until about 1895. Many of the "Gems of British Columbia” largely featured Anglo-European subjects as well as a number of clients from pioneer Black and Chinese families. In the 1880s these composite photographs, which sometimes incorporated photo sculptures, were published annually in the trade publication St. Louis Photographer (also known as St. Louis and Canadian Photographer).

The “Gem” for 1883 featured in this album includes the portrait of a child from the pioneering Spotts family. Located beside the left flag in the centre of the work, it is likely “Cecillia Spotts”. Several of the Spotts family children were also photographed by Hannah Maynard including “Percy Spotts.” The Alexander and likely Barnswell families, also appear to have been clients of the Maynard Studio and represent pioneer Black families of Vancouver Island and British Columbia.

Album contains additional notes on album pages used likely for BC Archives internal intellectual control (i.e. “93367” on the page containing the print with the work featuring multiple portraits of children and babies superimposed on a jug).

Inscription on the verso of the back cover: “Redfern”