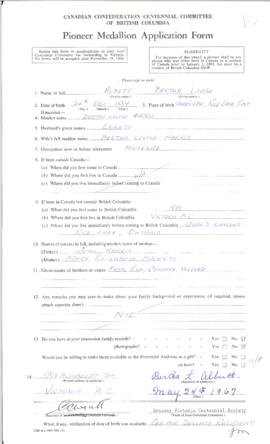 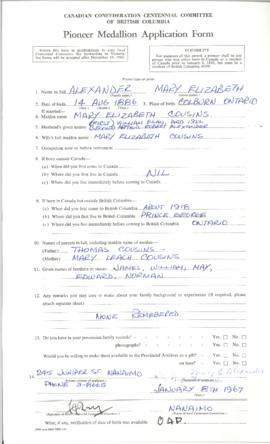 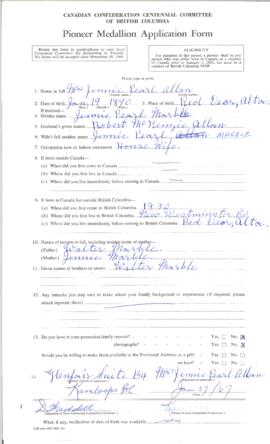 As part of Canada's 1967 Centennial celebrations, commemorative medallions were presented to B.C. residents who were either born in Canada or who were living in the country prior to 1 January 1892.

The forms were originally distributed by local centennial committees throughout the province. Completed forms were then forwarded to the Deputy Provincial Secretary, who acted as chairman of the province's Canadian Confederation Committee. The forms were filed in duplicate: one set was filed alphabetically, by the name of the community in which the applicant resided (Boxes 1-18); a second set was filed by the name of the applicant (Boxes 19-33).

Transferred from the office of the Deputy Provincial Secretary, 1975.