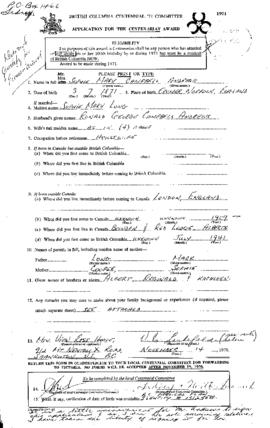 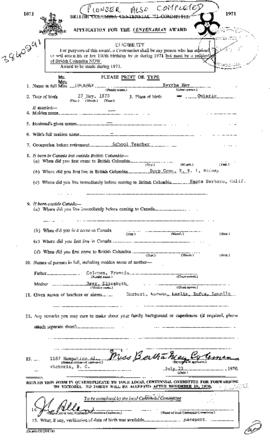 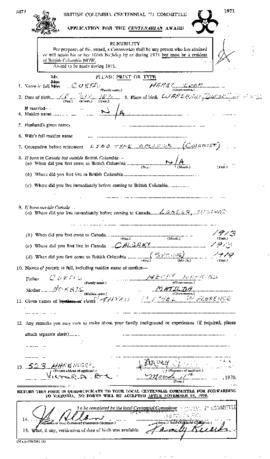 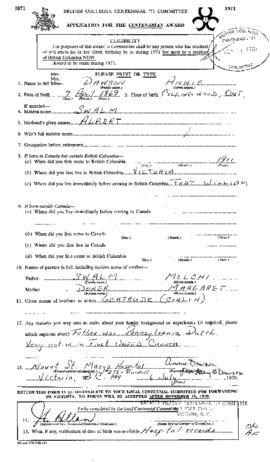 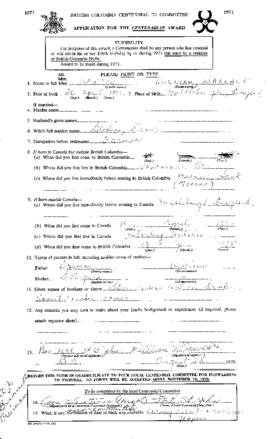 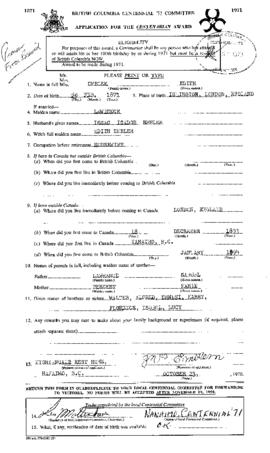 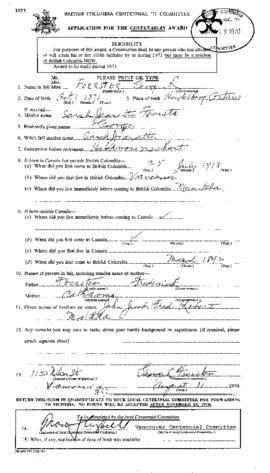 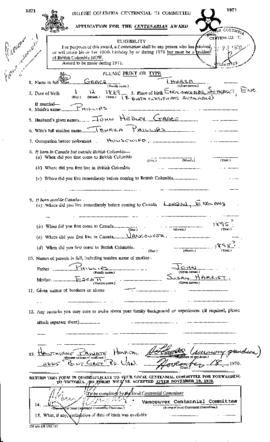 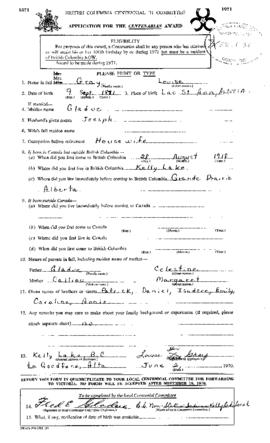 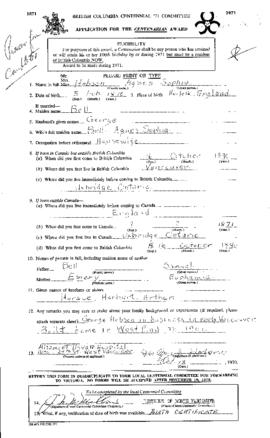 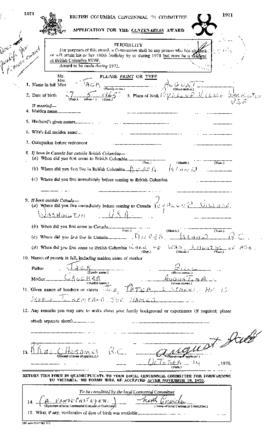 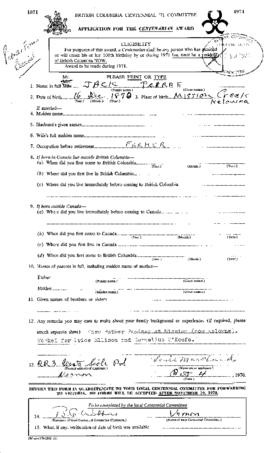 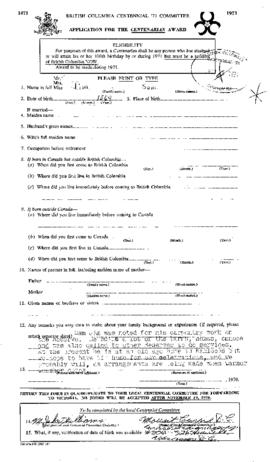 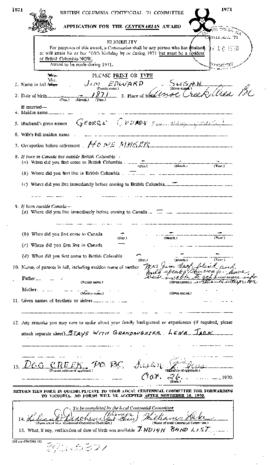 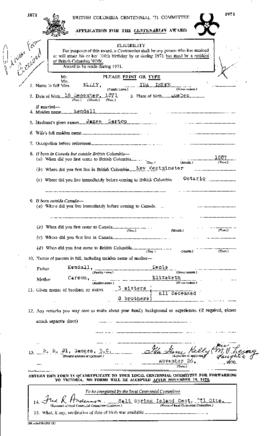 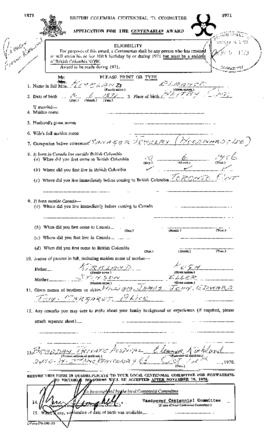 The members, honorary officers, and honorary members of the Committee were appointed by the Lieutenant-Governor in Council. The Board of Directors, consisting of eleven members selected by the Lieutenant-Governor in Council, was responsible for the management and administration of the business and affairs of the Committee, including control of the revenues and expenditures. The Committee had the authority to appoint sub-committees, to establish a centennial advisory council, to make financial assistance grants, and to select an emblem for the Committee. Twenty-one sub-committees were appointed and three hundred and seventy Local Centennial Committees were established in communities throughout the province.

The chairman of the Committee was Lawrence J. Wallace, who was also Deputy Provincial Secretary. Funding was provided by the Government of British Columbia and by other grants and gifts. The duties, functions and powers of the Committee included:
1. making and carrying out arrangements necessary for organizing a celebration;
2. entering into agreements and arrangements with any person, association, or organization for the purpose of planning, co-ordinating, and organizing the celebrations; 3. making orders as required for the purpose of carrying out these duties and functions.

Through the British Columbia Centennial ’71 Committee, the provincial government provided grants-in-aid to assist communities with local events and projects. Major events, educational, cultural and historical programmes also received financial assistance. Pioneer medallions were presented to BC residents who were either born in or resided in Canada prior to 1897.

The Committee was disbanded after submission of its final report in December 1972.

In 1971, to commemorate the centennial of British Columbia's entry into Confederation, the provincial government presented pioneer medallions to B.C. residents who were either born in Canada or were living in Canada prior to 1 January 1897. Persons who were eligible for the medallions were requested to make application through their local centennial committees. The four-part application forms were then forwarded to the office of the Deputy Provincial Secretary who was responsible for distributing the medallions to thousands of pioneers throughout the province.

GR-1490 consists of copies of the medallion application forms. These forms provide the pioneers' names, date and place of birth, and their occupation before retirement. In addition, the forms give the names of applicant's parents, maiden names of wives and mothers, names of brothers and sisters, and other genealogical details. One set of is filed alphabetically by name of community, a second set by name of individual applicant. There is also a file of forms for centenarians as well as chronological lists of pioneers born between 1860 and 1879.

Transferred from the office of the Deputy Provincial Secretary, 1975.