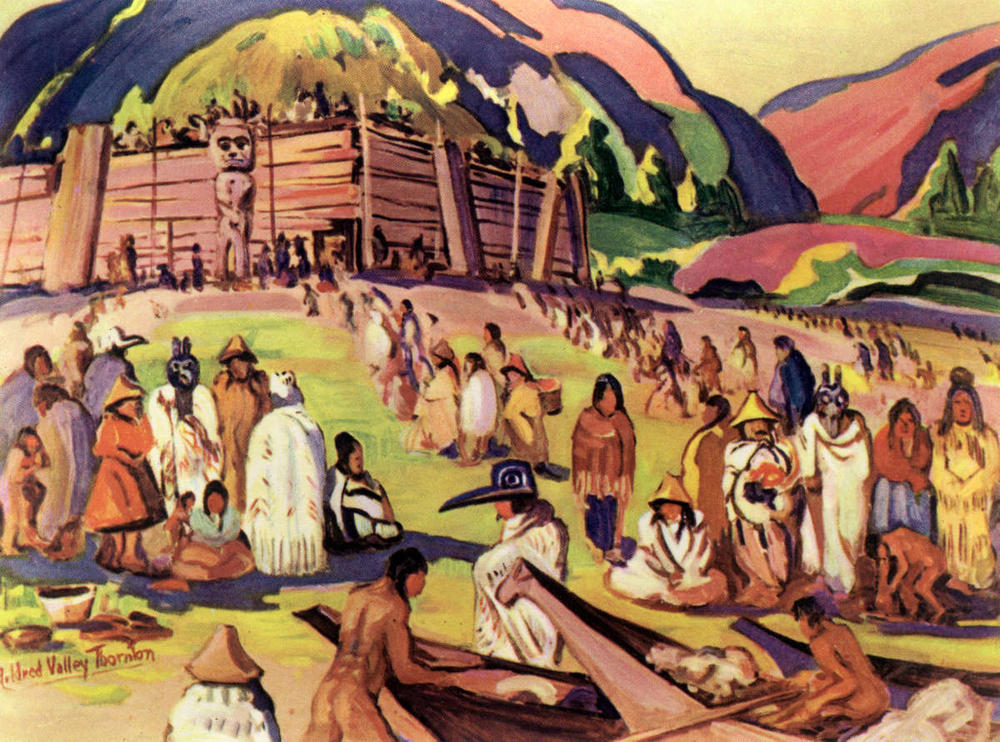 Born in Dresden, Ontario in 1896, Mildred Stinson began studying art at the age of twenty in Michigan at Olivet College. She continued her studies at the Ontario College of Art and at the Art Institute of Chicago. She is best known mainly for her portraits of Indigenous people. Her publications include Indian Lives and Legends (1966) and Buffalo People: Portraits of a Vanishing Nation (2000).

In 1915, she married John Henry Thornton in Regina. For much of her life, Thornton taught art in Regina and traveled through the prairies creating her works. She also lived in London, England, where she had two solo exhibitions. In 1934, Thornton moved to Vancouver where she worked as an art critic for the Vancouver Sun for fifteen years (1944-1959).

Thornton refused to sell her portrait work individually, hoping the Canadian government would purchase the collection summarily. No offer came and while Thornton's will ordered her work destroyed at her death, a loophole was found and the collection has since been broken up and sold. Pieces can be found in the collection of the BC Archives, National Gallery of Canada, the McMichael Gallery, the Glenbow-Alberta Institute, and the Vancouver Art Gallery, and others including private collections.

This print is part of a set of six art prints (PDP02748-PDP02753) published by Austin Marshall Limited in a series they titled, "Children of the Sun." Each print depicts an original artwork by Mildred Valley Thornton and is accompanied by a description written by Thornton.