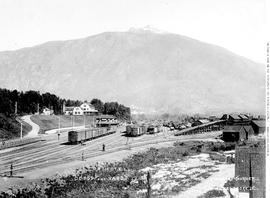 RECORDED: Prince George (B.C.), 1986 SUMMARY: Austen Howard-Gibbon grew up at the Williams Lake station where his father, Charles, was station agent from 1929 to 1945. Austen, a lawyer, currently (as of 1986) lives in Prince George.; 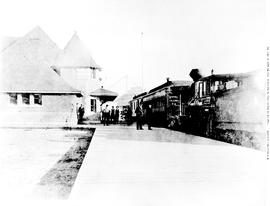 Train in station; people on platform. 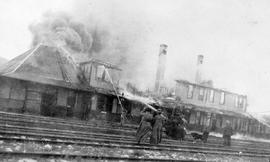 Fire at the railway station at McBride 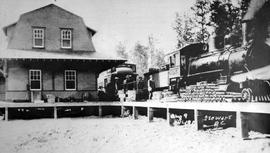 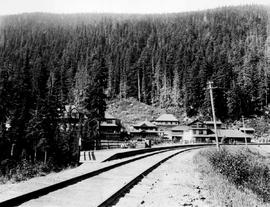 Glacier House and station, on the Canadian Pacific Railway 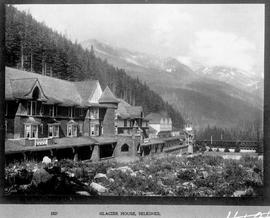 Glacier House in the Selkirks, near Illecillewaet Glacier. 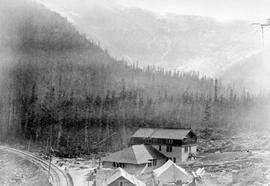 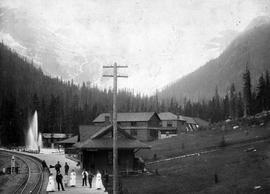 People on platform. Fountain and Illecillewaet Glacier in background. 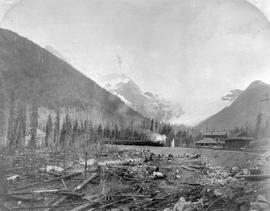 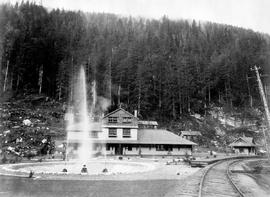 Fountains in foreground, along railroad track.

RECORDED: [location unknown], [1960?] SUMMARY: TRACK 1: Mr. Logan recounts his parents' early life in Esquimalt; the family moved to New Westminster in 1909. Mr. Logan started with the BC Electric at age thirteen; he describes his first job...

RECORDED: [location unknown], 1978-09-05 SUMMARY: James Brown of the CPR's main office in Vancouver describes his experiences as a communications operator and station agent, especially at Hope (on the Kettle Valley Railway).; 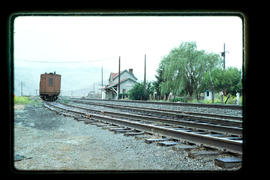 SUMMARY: [No content information available.] This tape may duplicate the content on T2154:0001 ("Train sounds"), and could be the original tape source of that copy.;

RECORDED: [location unknown], 1969-10-06 SUMMARY: This recording captures the sounds of the trans-continental train from the east arriving at the Blue River Divisional Point at midnight, October 6, 1969. Imbert Orchard describes the setting and sp... 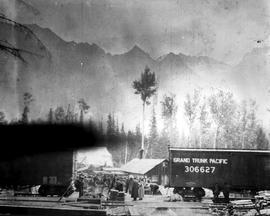 Documentary. Three-part film documenting the first agricultural demonstration train in B.C., sponsored by the CNR in conjunction with the Dominion and Provincial departments of Agriculture. The route followed was from Vancouver to the Okanagan, t...

Out-takes. Comprises shots of trains and stations in various parts of B.C., including locomotive #5920 (probably at Revelstoke); train leaving station; open observation car (on the PGE?); oiling a locomotive; etc.