Series C/D/30.9/C24 - Report on the physical features, soil conditions and agricultural possibilities of the N.E. section of the Province of British Columbia... 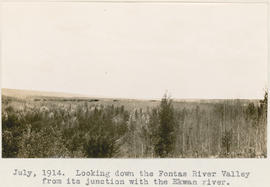 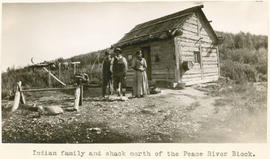 Report on the physical features, soil conditions and agricultural possibilities of the N.E. section of the Province of British Columbia...

The Ministry of Finance was first established in 1873, when an amendment to the Constitution Act (SBC 1873, c. 31) established the position of minister of finance and agriculture. Prior to 1873, the office of the Provincial Secretary administered the financial affairs of the province. In 1879, the Revenue Act was enacted and it was this act that first defined the minister’s responsibilities regarding the management and control of the revenues and expenditures of the province (SBC 1879, c. 29). Since this time, the functions were to supervise, control, administer and direct all matters relating to the financial affairs of the government. In 1899, a further revision to the Revenue Act (SBC 1899, c. 65) established the office of the Treasury Dept., presided over by the minister of finance. Although a separate Dept. of Agriculture was established in 1894, the minister of finance continued to act as both the minister of finance and agriculture until 1916 when the ministries were fully separated (SBC 1916, c. 14).

Custodial history unknown. Presumed to have been transferred from the Dept. of Agriculture to the Provincial Archives sometime around 1945.

The series consists of a report collected by the Dept. of Agriculture in 1915. The report was written by Agricultural Surveyor W.H. Cartwright and contains information on the physical features, soil conditions and agricultural possibilities of an area just north of the Peace River Block, recorded between April 1913 and October 1914. The report is illustrated with 22 black and white photographs and is accompanied by meteorological readings and some correspondence between Cartwright and the Deputy Minister of Agriculture.

Note on front page: Mr. Cartwright made the above survey in company with Mr. G.B. Milligan, B.C.L.S. whose report appears in the report of the Minister of Lands for year 1915.