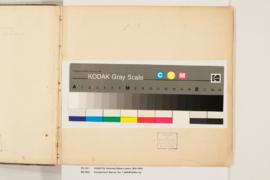 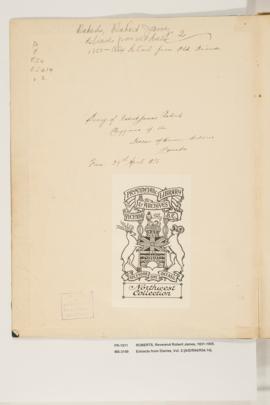 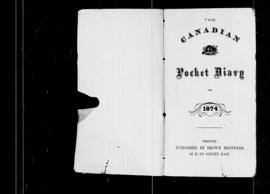 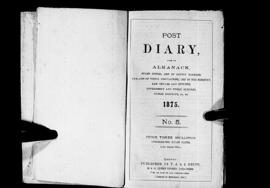 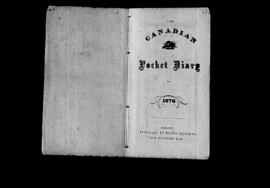 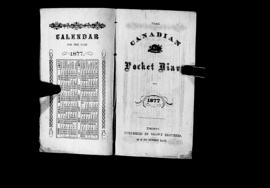 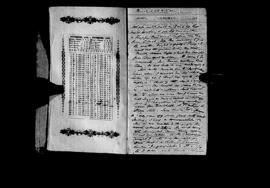 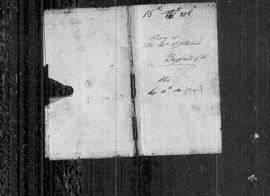 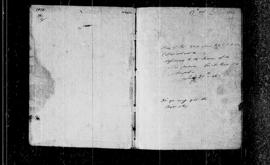 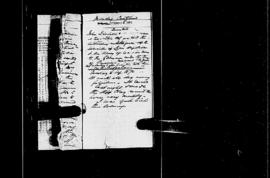 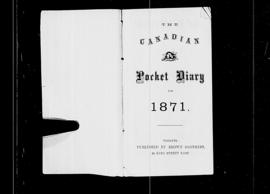 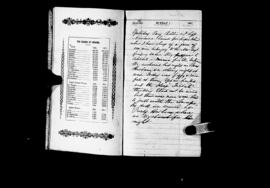 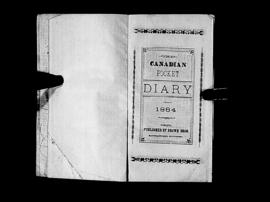 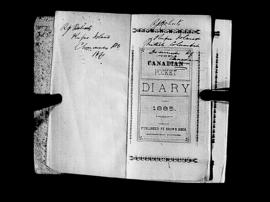 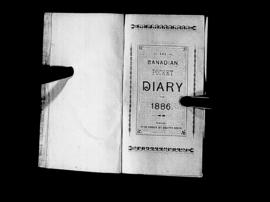 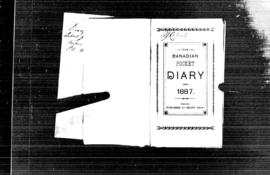 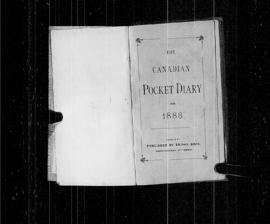 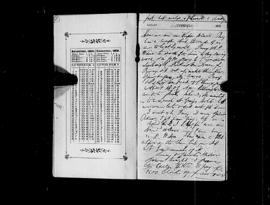 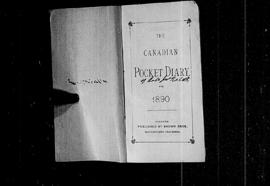 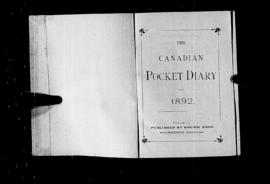 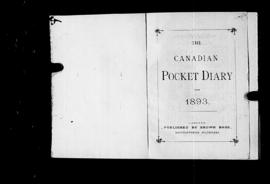 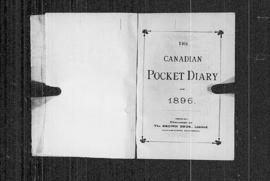 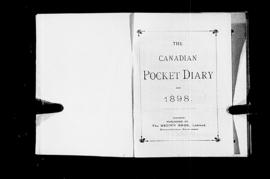 Missionary, Educator, Colonist – Robert James Roberts was born near Killucan, County of Westmeath, Ireland on December 8, 1831. In 1849 Roberts’ family sent him to grammar school in Manchester, England. Here Roberts became a dedicated diarist, the predominant record genre in his fonds. Roberts attended Trinity College, Dublin. He graduated with a Bachelor of Arts degree February 24, 1857. Roberts then journeyed to North America arriving on May 28th. He met his uncle, John William Kerr, in Upper Canada. On November 24, 1858, Roberts’ met the Anglican Bishop of Upper Canada, Maurice Scollard Baldwin. Roberts expressed an interest in serving the Church of England. The Bishop invited him to the next ordination ceremonies. Roberts protested he had no training for religious service. But the Bishop of Upper Canada declared the weight of his degree was enough. On December 15, 1858, Roberts was admitted to Deacon’s Orders wearing his graduating gown from Trinity College.

In 1860 Rev. Roberts married Elizabeth Forman. His first Anglican Church position was Minister of Bayfield, Canada West. In 1862 he began missionary work at the “Six Nations Indians’ parsonage,” Cayuga Mission. On September 20, 1869, the New England Company, the missionary arm of the Church of England, offered Rev. Roberts full employment. He served at the Cayuga Mission until the autumn of 1878 when his poor health forced retirement. Roberts suffered most of his life from epilepsy. Financially unable to retire, Roberts accepted an assignment to the West Coast where he believed his health would benefit. He arrived at Esquimalt on September 13, 1878. Over the next year he investigated First Nations’ communities across Vancouver Island searching for a suitable location for a mission and school. In November he visited Kuper Island. During this trip he stayed with “John Peter” the brother of the Penelekut Chief on Kuper Island. After his investigation he wrote a report back to the New England Company recommending Kuper Island for a mission and school. Gilbert Malcolm Sproat, an Indian Reserve Commissioner, and Dr. Isaiah Powell, the federal Indian Affairs Commissioner for B.C both recommended Kuper Island to Roberts. Roberts also received encouragement from local First Nations communities who desired to see a school for their children. On April 15, 1880, the New England Company purchased a 100 acre Kuper Island lot from the estate of William Conn.

Roberts completed a schoolhouse in December, 1881 and on January 1, Roberts and two sons, Percy and Robbie, moved into a log house on Kuper Island, later joined by all the family. School commenced March 6, 1882. Roberts’s family kept an ongoing relationship with local First Nations groups, the Penelekut and the Lamalcha [Roberts’s spelling]. Roberts delivered sermon every Sunday and First Nations’ attendance was initially fairly high. Although not holding any medical training, Roberts distributed medicine and medical advice to local indigenous peoples. European diseases often swept through the local First Nations communities and Roberts offered care and acted as a liaison to government medical officials. Roberts also offered farming advice, distributed seeds, and helped acquire and care for livestock. For most of his Kuper Island life Roberts raised a considerable flock of sheep. He performed baptisms, funeral services and marriages for the First Nations and settler communities. He served as a corresponding secretary for the local First Nations communities on matters legal and personal. Roberts’s financial position was a constant struggle. His meticulous account books document his penury.

Roberts applied for a pre-emption on Salt Spring Island in the summer of 1884. He commissioned a sketch of a cabin which he christened “Knocksheban” and worked the land when possible. Roberts received a Crown grant for 165 acres of land on Salt Spring Island on December 31, 1896. On May 6, 1888, Roberts’ oldest son, Edward, died on Kuper Island. He was buried on New England Company property near the Lamalcha’s traditional cemetery. In 1891, the Right Reverend Gorge, Lord Bishop of British Columbia, consecrated a cemetery on this site.

In early 1890 Ottawa granted the Roman Catholic Church authority to administer a residential school on Kuper Island. Roberts strongly disapproved of Indian Affairs’ decision to assign to the Roman Catholic Church responsibility for the Kuper Island Industrial School. He campaigned strongly against this decision. He observed he selected his purchase of 100 acres on Kuper Island for a New England Company mission based on the advice of federal representatives. He argued all colleges and schools maintained by public funds should be non-denominational. He began a writing campaign to local MPs, newspapers, Indian Agents, and federal officials. Roberts’ activism on the question of a non-denominational residential school resulted in no new policy. By 1893 Roberts had accepted the Roman Catholic residential school at Telegraph Harbour; he regularly visited and offered occasional assistance. As a Church of England missionary, he was not involved with the daily operations of the school. His records make no mention of the tragic experiences at the residential school.

Roberts was well connected within British Columbia’s patrician society. The families of Dr. Newcombe, (BC Museum), E.O.S. Scholefield (BC Archives), and W. H. Lomas (Cowitchan Indian Agent) were regular house guests. He often visited local authorities such as Judge Crease, B.C. Premier Dr. Walkem (for whom he voted in 1898), and “Mr. Fannin of the Museum.” He corresponded with E.O.S. Scholefield on the construction of a “government library.” This is the model for the contemporary Northwest Collection.

By 1896 Roberts prepared for retirement. The Catholic residential school had attracted the attendance of most local First Nations children and repeated epidemics had reduced the number of eligible school aged children. In 1899 Roberts, with the assistance of the New England Co., travelled to Australia for a year. Roberts continued Sunday service but attendance had dropped to the point the church was often empty. In November 1897 Roberts recorded in his diary that he was the last survivor of 15 siblings. His wife and daughter had also moved to Vancouver Island. Loneliness is a recurrent theme of his later writing. Roberts last diary entry was December 31, 1904. He stayed up with friends and family “to see the old year out and the new year in.” The last line he wrote was “Thanks be to God for all his mercies.” Roberts died of pneumonia in Chemainus, B.C. on February 19, 1905.

The records of Rev. Robert James Roberts remained in possession of the family until they were donated by a family member in 1992. Visitor book donated by Don Roberts, grandson of Rev. R.J Roberts, in 1997.

The fonds consists of personal diaries, farm diaries, correspondence, letterbooks, letter registers, account books and sermons of Reverend Robert James Roberts. Includes one account book of Percy Elliot Roberts, his son; log of the sloop H.L. Tibbals; and, a register of baptisms and marriages performed by Roberts. The fonds also includes a photocopy of a visitor register book kept by Rev. Robert James Robert at his home on Kuper Island

Most of the material is in fair to good condition.

Most of the diaries have been copied to microfilm.

Researchers must consult the microfilm copies of diaries.