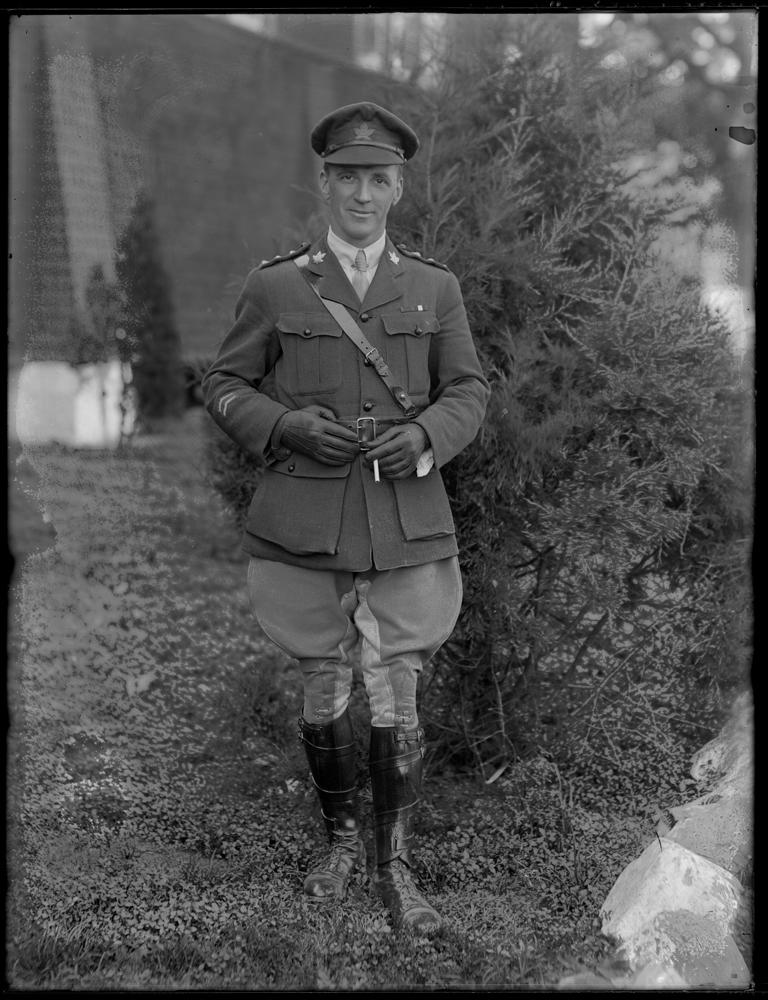 Photograph depicts what appears to be a Captain who was originally attached to the 103rd Battalion as per his cap badge. Because of the way his rank is presented (on his shoulders straps instead of cuff) this photo was taken near the end of the war. As such, it may be that this soldier was at one point in his career given leave to return to Canada and later attached to the Siberian Expeditionary Force.

Item has been digitized

Restriction: Image J-03368 is a glass plate negative. Researchers should consult the online reference image prior to consulting the original.