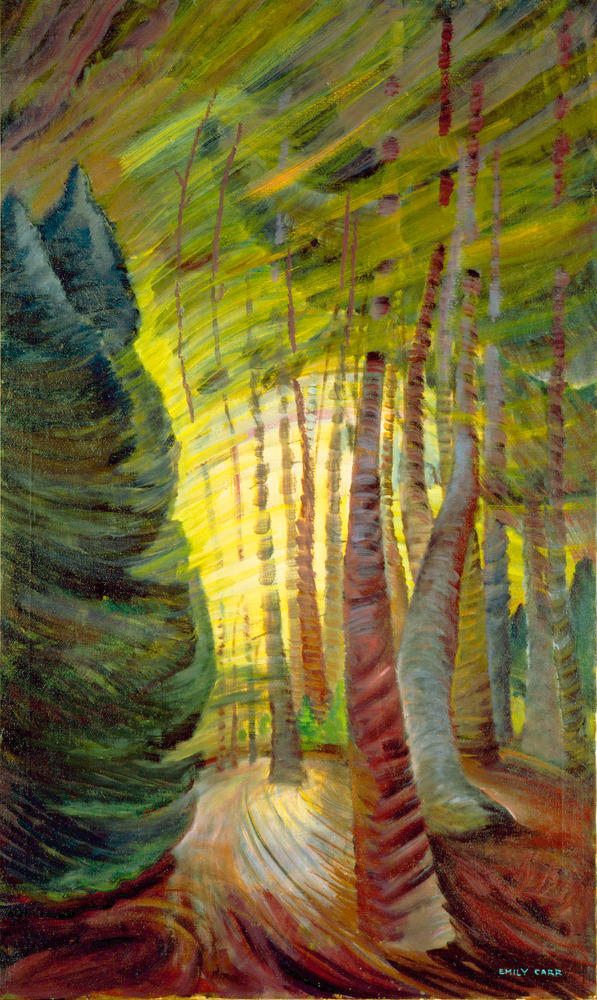 The item consists of an oil on canvas painting titled within a wooden frame designed by Lawren Harris affixed by the executor's of Carr's estate.

Purchased by the Government of British Columbia, Victoria, from the estate of the artist, 1945.