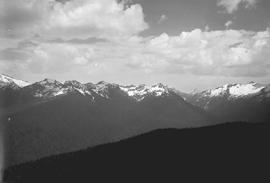 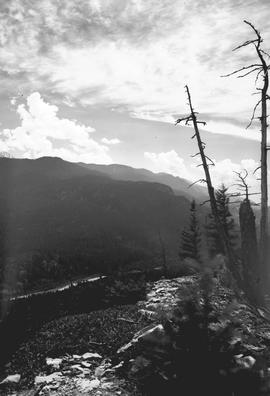 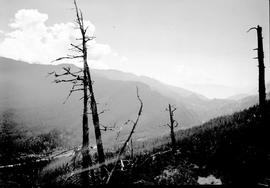 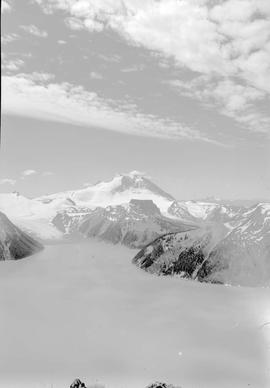 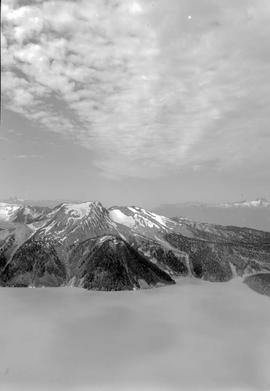 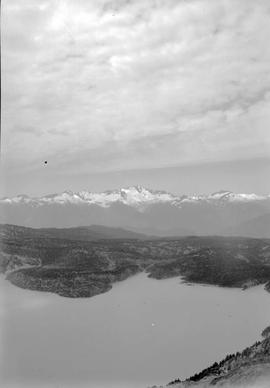 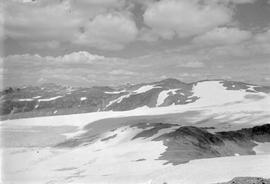 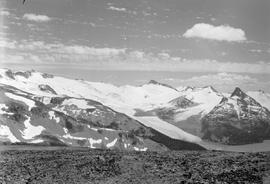 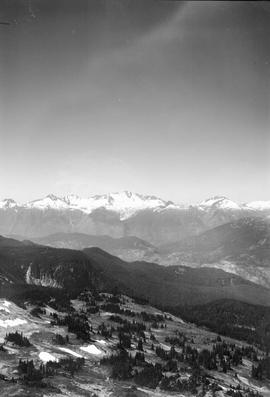 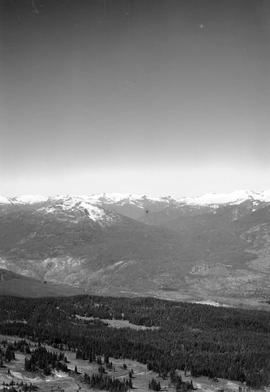 The branch was responsible for surveying Crown lands; collecting data from surveys of Crown lands done by private surveyors in support of applications for land pre-emptions, timber, mining, and water rights licenses and/or leases; compiling various types of reference maps for the use of the Department of Lands; and, providing public access to maps created by the branch.

The Surveys and Mapping Branch’s divisions were as follows:
1912-1919
Geographic Branch (though it was called a branch, this was a subordinate unit)

The series consists of glass plate photographic negatives generated by the Surveys Branch's topographical surveying parties operating in various parts of British Columbia between 1914 and 1929. These survey parties used photographs as a means of collecting data for topographical mapping done by the Geographic Division of the branch. The photographs were usually taken from the summits of hills and mountains and depict surrounding landscape.

The series is arranged into 31 sub-series, each comprised of the photographs generated by one survey party. Within each sub-series, the survey party's arrangement and original numbering of items has been retained. This arrangement and numbering is based on the original packaging of the photographs into small boxes of plates. The name of the surveyor heading each party is noted in the description of each individual sub-series.

No access restrictions.
Conservation restriction: when available, use digital copy.

See GR-3750 for indexes to these records.
A folio of maps, many containing annotations to indicate where photographs from a number of individual surveys were taken, is available in container 932492-0001.
Detailed descriptions of each survey are contained in the annual reports of the Surveyor-General, which are catalogued in the North West Library Collection as: Report of the Survey Branch of the Department of Lands 1911-1916 (NW_526.9_B863); Annual Report of the Minister of Lands 1911-1924 (NW_333.1 B862r); Annual Report of the Lands and Survey Branches of the Department of Lands 1925-1945 (NW 333.1 B862r).
For surveys after 1929, see Topographic Division photo-topographical negatives, ID number GR-3428. For prints taken from the negatives, see photo-topographical images, ID number GR-3478.

Archives code(s): For a full list of the sub-series that form this series, and for the locations of the records, see: photo topographical survey records series description project draft finding aid. This finding aid is available in the BC Archives photo reference room.; Previously known as series AAAA0066.