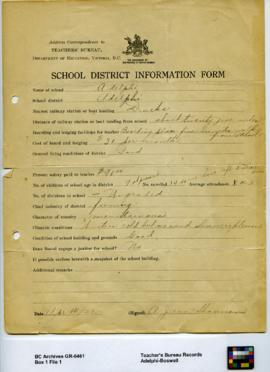 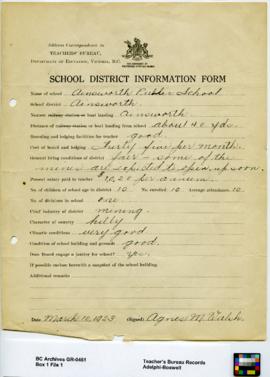 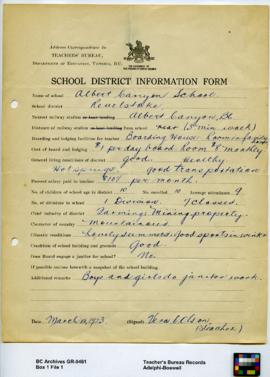 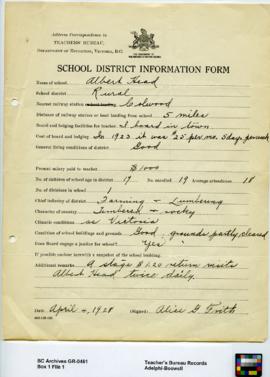 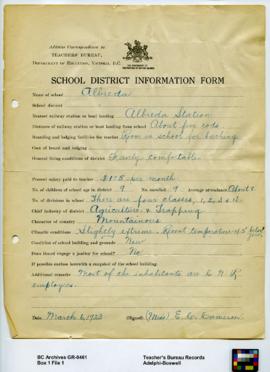 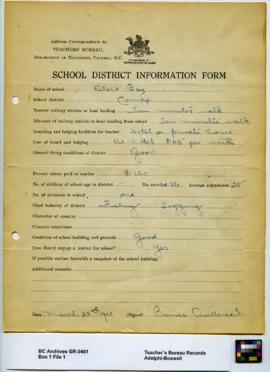 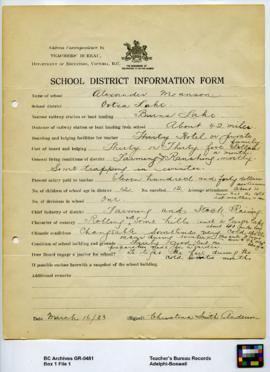 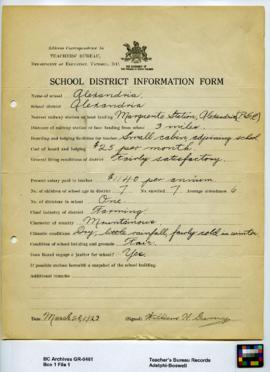 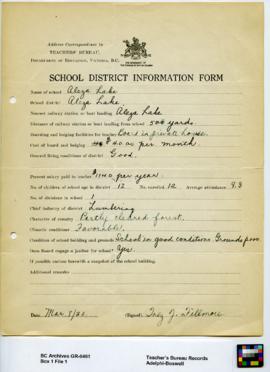 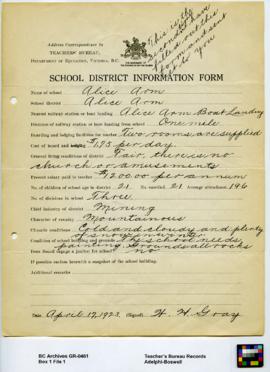 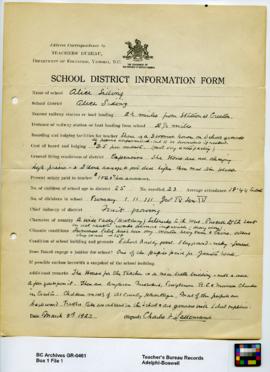 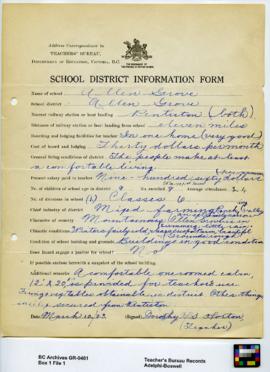 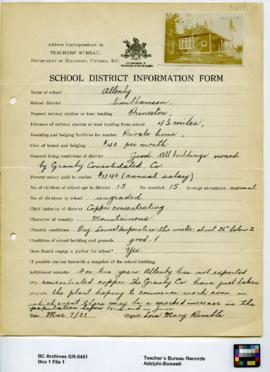 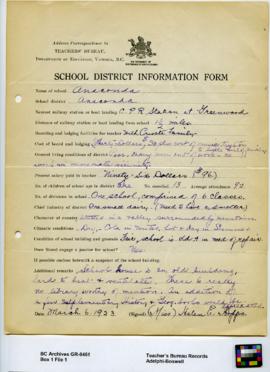 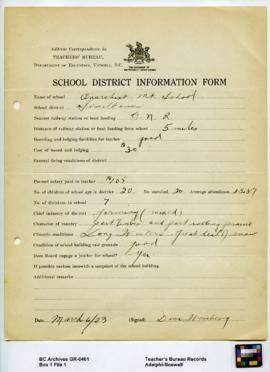 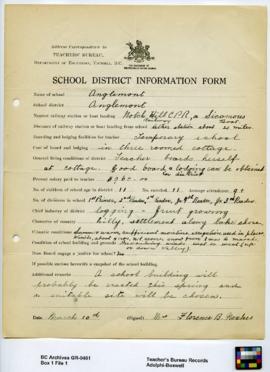 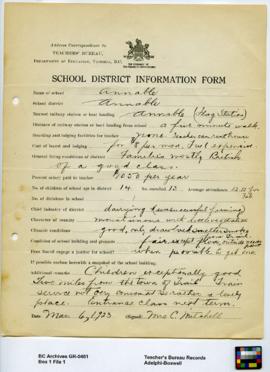 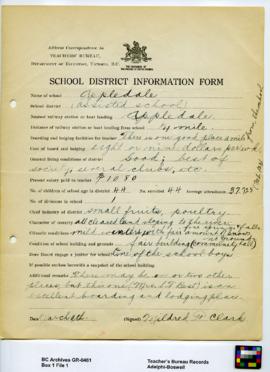 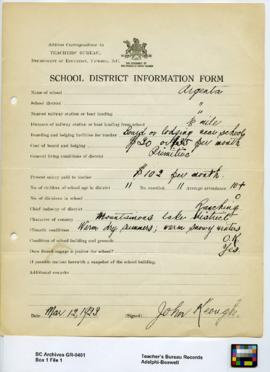 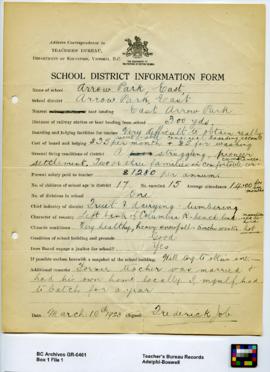 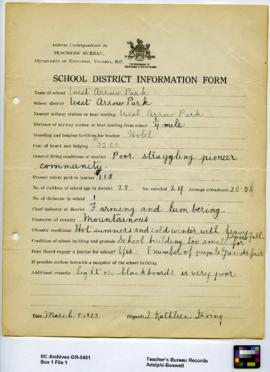 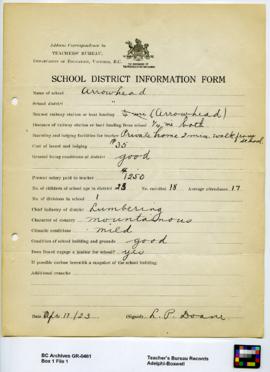 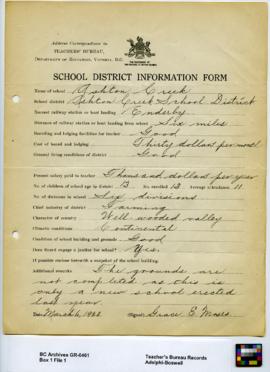 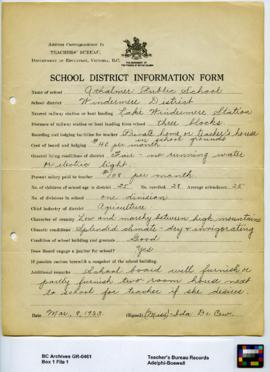 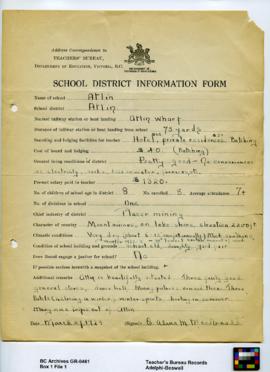 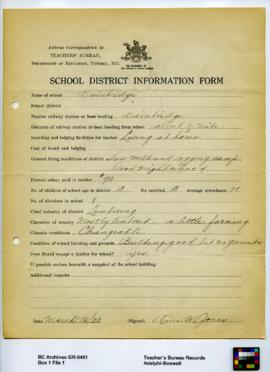 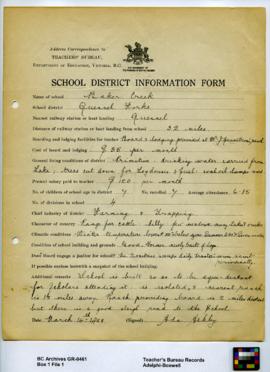 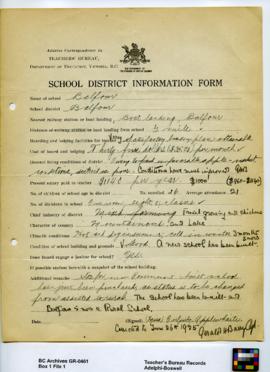 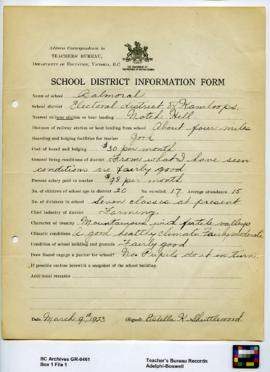 The Teachers' Bureau was established by the Department of Education in 1920 and was administered by the Department's Registrar, J.L. Watson. The Bureau functioned as a kind of employment exchange by acquainting unemployed teachers with vacancies in rural school districts, and by providing rural school boards with the names of suitable candidates. In 1922/1923, the bureau received notices of approximately three hundred vacancies from rural school districts, two hundred of which were filled by applicants who had been recommended by the bureau. Watson's office also functioned as a information bureau, by providing applicants with details about country schooled districts and, generally, by gathering information on the province's many small rural and assisted schools

This series is comprised of School District Information forms distributed by the Teachers Bureau to rural school teachers in 1923 and 1928 to be filled out and returned to the Bureau. The forms are questionnaires for the purpose of obtaining information about teachers’ living conditions in rural school districts. There is no record of similar forms being sent in other years.

The records are arranged alphabetically according to school name/district.