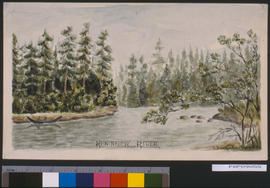 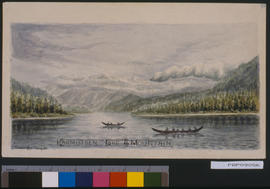 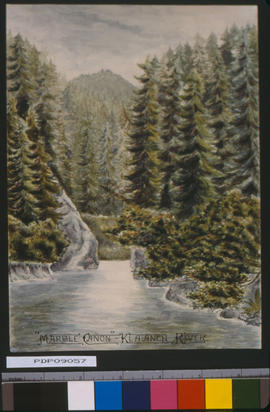 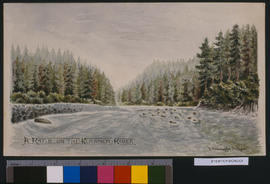 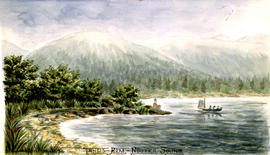 Custodial history unknown. Records with an M accession number are listed in the 1936 "M" series register (ADI0018). The scrapbook has Archer Martin's name in it and may have been acquired by him before coming to the Provincial Archives.

The series consists of records relating to The "Province" Exploring Expedition of Vancouver Island, 1894 and 1896.

The first expedition, sponsored by the Province newspaper was led by the Rev. William W. Bolton and explored Vancouver Island from Cape Commerell to Woss Lake in the summer of 1894. The second, which was organized by John William Laing but led by Bolton, explored the area between Woss Lake and Alberni in 1896.

The series consists of Bolton's pencil journals covering the 1894 expedition (2 vols.); a scrapbook of clippings from the Province of Bolton's journal entries, 1894 and 1896, with introductions and some additional articles; transcripts of the Province articles; and a notebook listing photographs taken and giving barometer, thermometer, and pedometer readings.

The series also includes three maps that were originally stored with the scrapbook and ten water colours by T.B. Norgate which were physically part of the scrapbook.

In 1973, the three maps were removed from where they were filed with the scrapbook, transferred to the Map Division, and given reference codes CM/D130, CM/D173 and CM/A914. In 1990, the ten water colours by T.B. Norgate were physically removed from the scrapbook, transferred to the Visual Records Division and given reference codes PDP09053 - PDP09062.

Conservation restriction: Researchers are directed to consult the microfilm A01682(2) for access and copying.