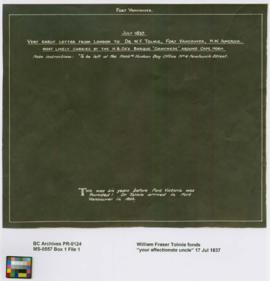 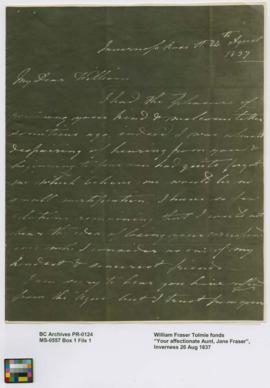 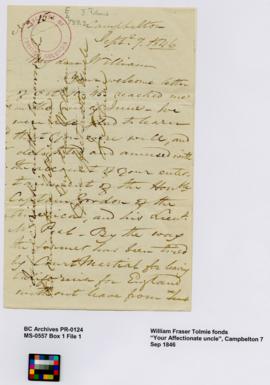 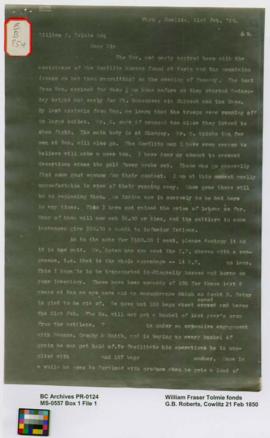 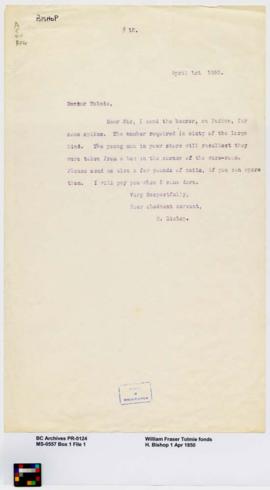 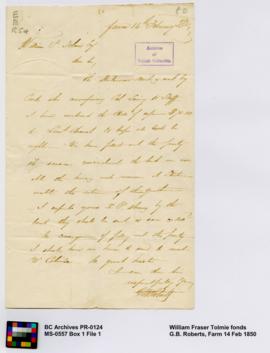 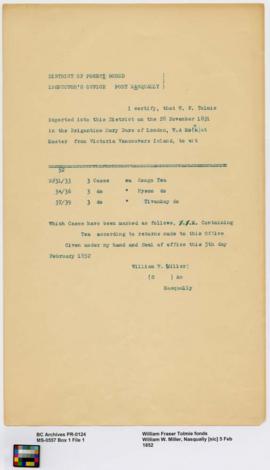 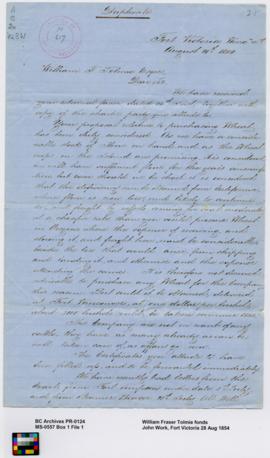 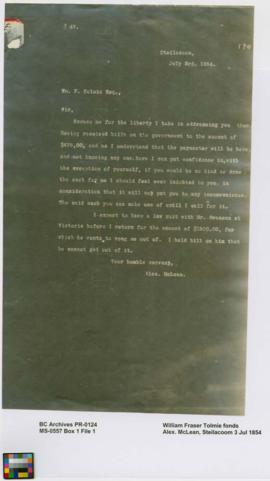 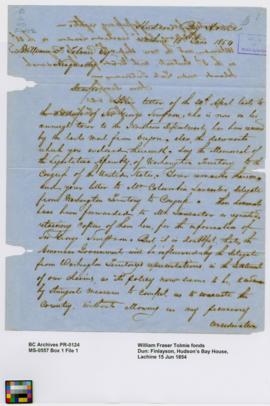 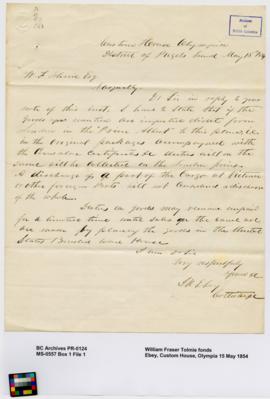 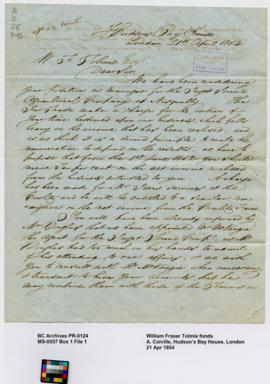 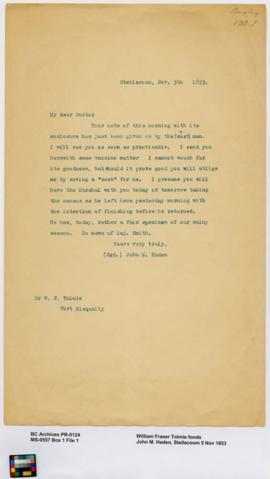 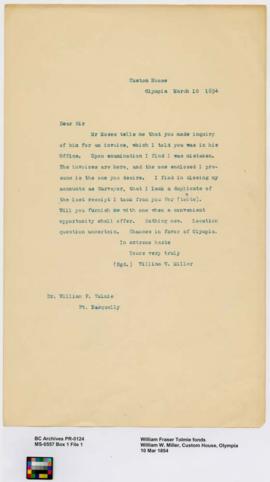 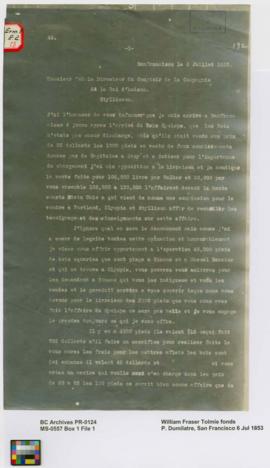 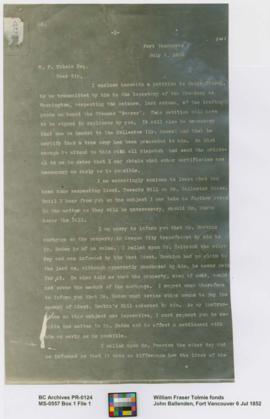 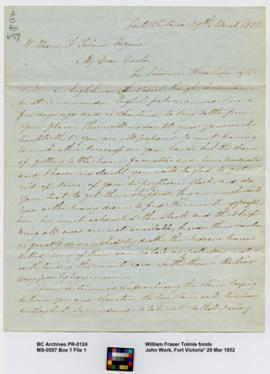 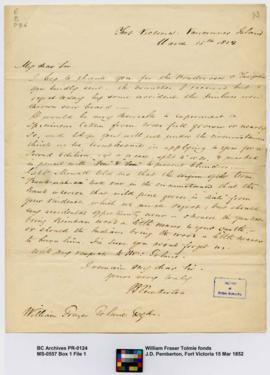 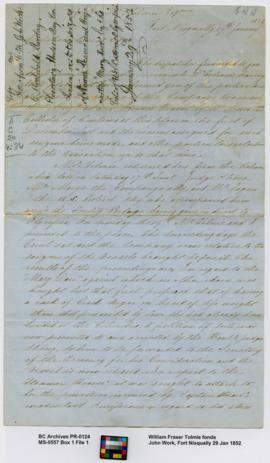 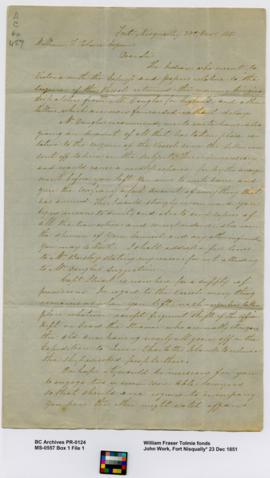 William Fraser Tolmie was born at Inverness, Scotland on February 3, 1812. After attending the University of Glasgow for a short period, he joined the service of the Hudson's Bay Company in 1832 as surgeon and clerk. In 1833 he arrived at Fort Vancouver and remained there until he secured a furlough in 1841 and returned to Scotland. In 1842 he travelled to Nisqually to take charge of a large cattle and sheep farm operated by the Puget Sound Agricultural Company (PSAC).

In 1847 he was appointed Chief Trader and in November 1855 he was elevated to the position of Member of Council and Chief Factor at Fort Nisqually. He married Jane Work at Fort Victoria in 1850. In 1859 Tolmie moved to Victoria to manage the PSAC's farms on Vancouver Island and continued to serve as a Chief Factor and agent of the PSAC until his retirement in 1870.

He was elected to the second House of Assembly of Vancouver Island and served from 1859 to 1866. From 1874 to 1878, he represented Victoria as MLA in the provincial legislature.

The fonds consists of correspondence, letterbooks, diaries, commissions, notes and memoranda, some records relating to his service with the Hudson's Bay Company.