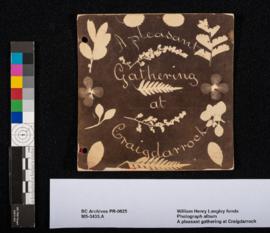 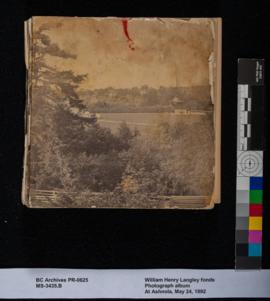 5 cm of textual records and other material

William Henry (W.H. or William H.) Langley was born in Victoria on February 13, 1868, the son of Alfred John Langley (ca. 1821-1896) and Mary Langley (nee Godwin) (ca. 1836-1876). He attended Trinity College School, Port Hope, Ontario and was called to the British Columbia bar in 1890. He set up his law practice in Victoria in 1891. He married Gladys Annie Mona Baiss (1883-1978) of San Antonio, Texas in 1906; they had four children. Langley was a city alderman for Victoria from 1910-1911. He served with the 5th Regiment Coast Garrison Artillery for ten years. In 1915, he was appointed captain of the 62nd Battalion Canadian Infantry and served overseas from 1916-1918. He was appointed major upon his return. He served as Clerk of the Legislature from 1922-1944, when he retired. In 1932, William and Gladys, along with Fred Kemp of the provincial archives, publicly reported seeing the Cadboro Bay ‘Cadborosaurus.’ Langley died in an E & N Railroad train incident in Victoria on February 22, 1951.

The fonds consists of miscellaneous papers consisting of copies of indentures relating to land on the Queen Charlotte Islands, letters inward regarding cases, reports and memoranda on the activities and prospects of various mining companies, a map, a plan, and seven albums of photographs depicting gatherings of friends, views of locations within Victoria and across BC, as well as brief travels within Italy and France.

No additional accruals are expected.