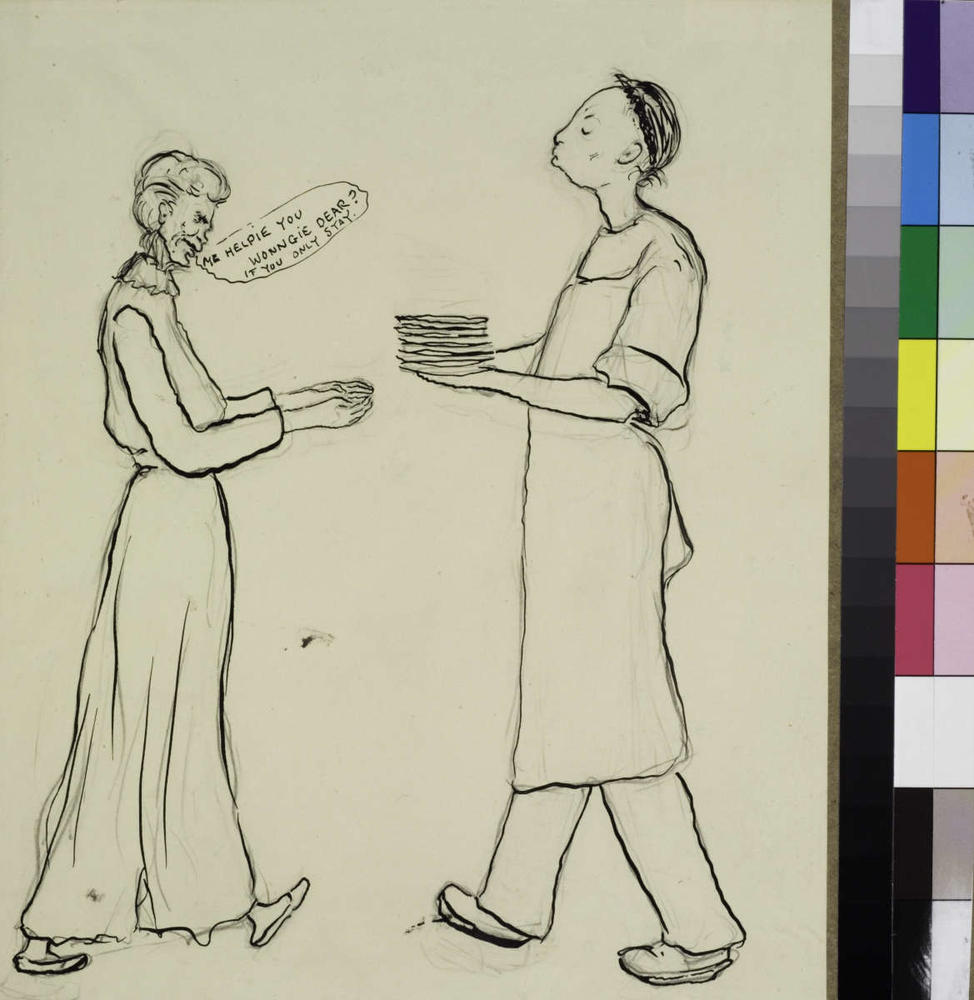 Received by bequest from Carr to her literary executor and friend, Ira Dilworth. This sketchbook along with other sketchbooks, drawings, watercolours, textual materials and books was housed in Carr's old steamer trunk.
When Dilworth died he bequeathed this material to his two adopted daughters (and nieces), Phylis Inglis and Edna Parnall who divided the material between themselves.
This item is among the materials that came via descent from Carr to Phylis Inglis.
The Inglis collection consists of Emily Carr art and papers purchased from Phylis Dilworth Inglis by the National Museums of Canada in 1976 and presented to the Provincial Archives of British Columbia in 1985.

One cartoon in a diptych.

Received from the National Museums of Canada, 1985.

MS-2181 comprises the textual and published material from 85-158, the accession number of the transfer from the National Museums of Canada.

The depiction of the Chinese servant suggests the scene is in British Columbia and not England.